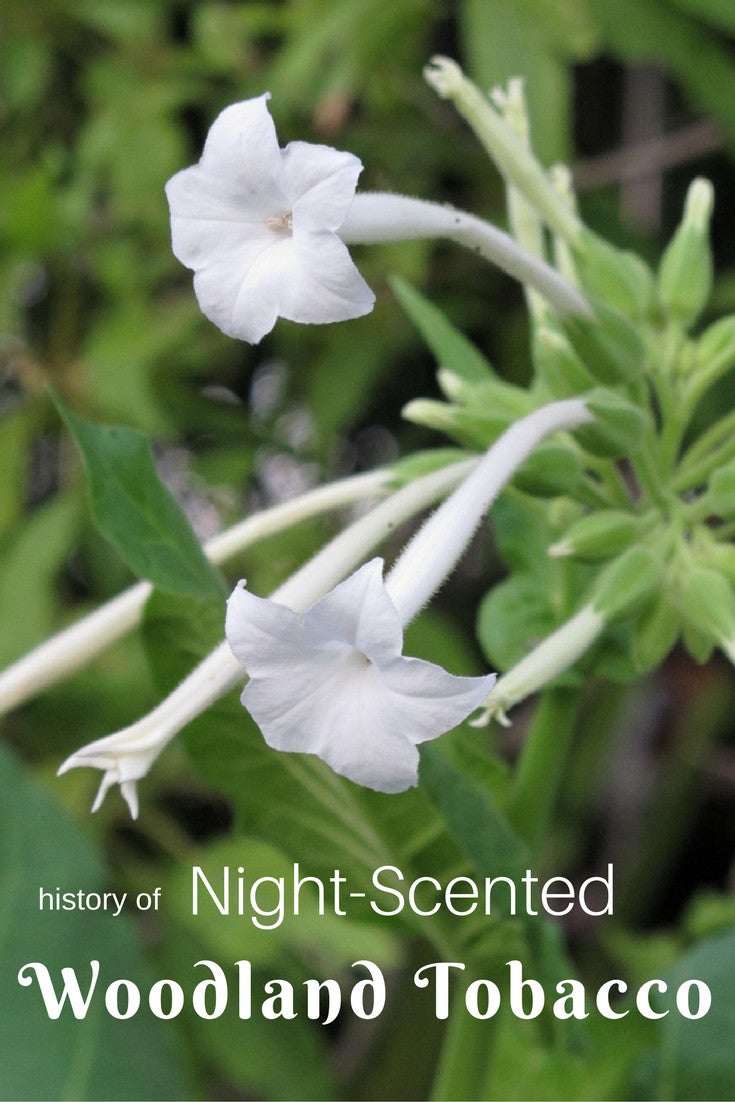 Oh me, oh my. Do you smell something intoxicating in the air? Whatever could it be? It’s the night-scented tobacco plant, otherwise known as woodland tobacco (Nicotiana sylvestris). Anyone that’s ever grown a flowering Nicotiana plant knows just how fragrant these garden gems can be. But what you may not know is the rich history that surrounds these plants and other interesting tidbits of woodland tobacco info.

The Nicotiana genus came about in 1753 in recognition of the Frenchman Jean Nicot, ambassador to Portugal, who brought powdered tobacco to France as a cure for migraine headaches. Most of the species names refer to particular characteristics of each, with our subject, sylvestris, translating to forest or woodland. Gee, might this be where it naturally grows? Indeed.

Before getting into all that though, you may be interested in a little background info, at least for those less familiar with this wondrous plant. Like most other Nicotiana species, this variety gets pretty tall – around 5 feet or so. How nice, a plant taller than me. But it’s not the height that makes this plant so great. It’s the long, nodding trumpet-shaped blossoms, which are normally white but may be tinged with pink or purple. It’s from these flowers that one notices the enticing and most pleasantly sweet fragrance – nearly jasmine-like – and always at night when the blooms open up. So I guess that answers one’s question as to its name of night-scented tobacco.

Introduced into cultivation here in the U.S. and in England during the early 1800’s, the first of the ornamental tobacco plants in the garden was Nicotiana alata, known most often as flowering tobacco. This, too, was prized for its highly scented flowers that opened at night. In Victorian times came the woodland variety, a favorite planting along walkways and paths.

Again, those of us familiar with flowering tobacco plant know it belongs to the Nightshade family. But wait, aren’t most nightshades poisonous? Well, yes they are. In fact, night-scented tobacco is both poisonous and attractive at the same time. It’s even said to contain more nicotine than smoking tobacco (N. tabacum), though I wouldn’t recommend it for smoking. So don’t try this at home anyone. And this leads us to another interesting feature of the plant – its large, sticky pale green leaves and thick stems. In fact, it becomes so sticky with resins that the plant may actually catch mosquitoes. Not bad, huh?

Okay, if I’ve accomplished my task in getting you as excited over this plant as I am, then you might want to know how to grow some of your own. Well, that’s easy enough. If you can grow tomatoes or petunias (of which both are relatives), then you can grow this plant. Considered a tender perennial, it’s normally grown as an annual. Too bad since this one is a keeper year round in my opinion. Actually, in some areas that may just happen, as this Nicotiana self-seeds readily. So ‘buyer beware.’ You just might end up with more plants than you need or want, but there’s always someone willing to take extras.

You have the option of sowing seeds indoors prior to transplanting, or simply direct sow outdoors after the danger of frost has passed in spring. As the seeds are quite tiny, you need only surface sow them. Generally, night-scented tobacco performs well in average well-draining soil, though adding a bit of compost never hurts. You’ll also want to situate it in partial shade or sun, mimicking its native habitat. Oh yea, take heed of its height, as you might need to stake this plant in windy sites.

So there you have it in a nutshell. An unforgettable heirloom that makes a wonderful addition to the evening moon garden or woodland bed – nearest the home, of course. The night-scented woodland tobacco plant blends well with other flowers, attracts butterflies and hummingbirds, acts as natural pest control, AND allows one the unique opportunity to enjoy the garden at night with those intoxicating aromas. What, my friends, could be better than that?