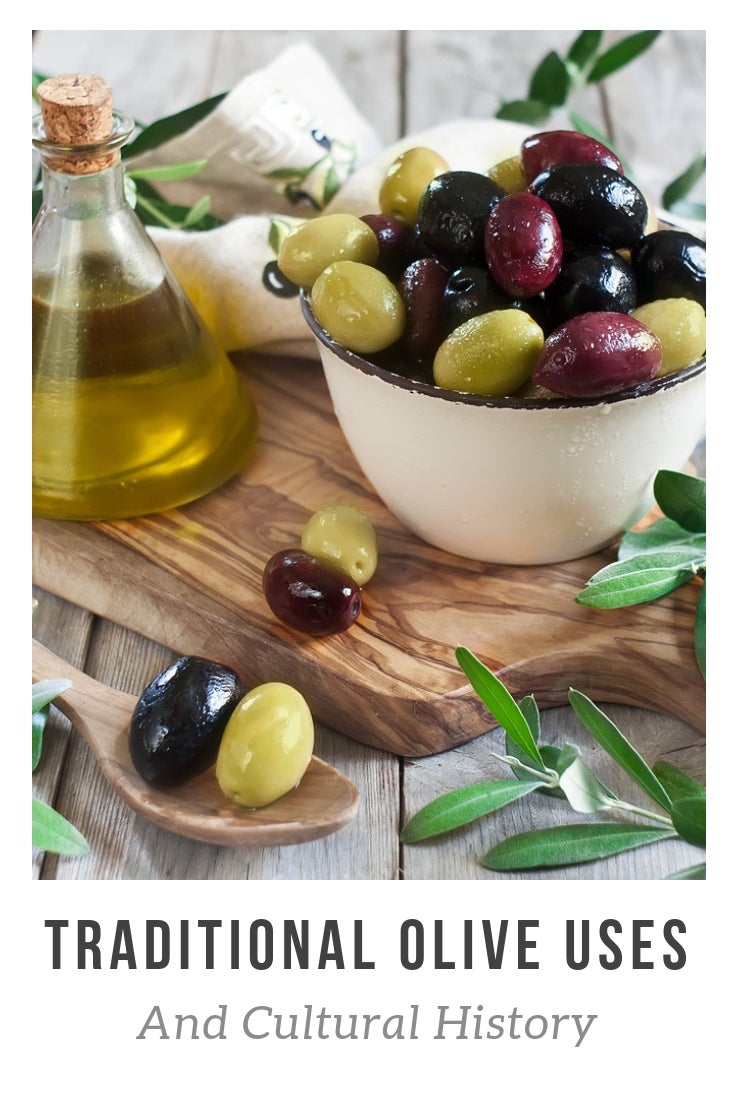 Olives are everywhere in today’s world, seen chilling on toothpicks in martinis, mixed into salads or scattered onto pizza. And you can find olive oil in many modern kitchens around the country. So it may not occur to you that the olive tree is older than time. Literally!

It’s impossible to pin down olive tree origins precisely since it began growing on the planet before the human timeline of history began. Some experts speculate that olive trees first appeared on earth in the Eastern Mediterranean regions, others suggest Mesopotamia. But olive tree origins also remain a question mark.

We do know that the history of olives extends back before Biblical times. Most of us are familiar with the story of Noah, gathering animals onto his ark during a mammoth flood. When he thought it might be subsiding, Noah is said to have sent out a dove that returned, carrying an olive branch.

Whatever the truth might be about Noah’s dove, the history of olive trees continued strong. The tree thrived through centuries, in both wild and cultivated form. Olive oil was important in both the Greek and Roman civilizations, and its popularity spread to Turkey and Syria and the entire Mediterranean Basin.

In time, olive trees were introduced to the Americas as well. Over the course of olive tree history, hundreds of cultivars have been developed that allow gardeners in countries far from the Mediterranean basin to plant olive trees, including the United Kingdom and New Zealand. However, these trees grow best in the Mediterranean region, where some 750 million trees are currently in cultivation.

The Tree of Eternity

If you own an olive tree or are thinking about buying an olive tree, you should realize that this relationship will be more like a marriage than a fling. The olive tree is known as the ‘tree of eternity,’ given it’s been around over 6,000 years and has an incredible lifespan. Your tree, if happy and healthy, is likely to outlive you by centuries.

Scientists believe that some olive trees currently alive today have been around between 2,000 and 4,000 years. One of the oldest olive trees on the planet is found in Crete, and it is over 3,000 years old and still bears fruit.