A Passion For Houseplants: How I Became A Houseplant Hoarder Early On 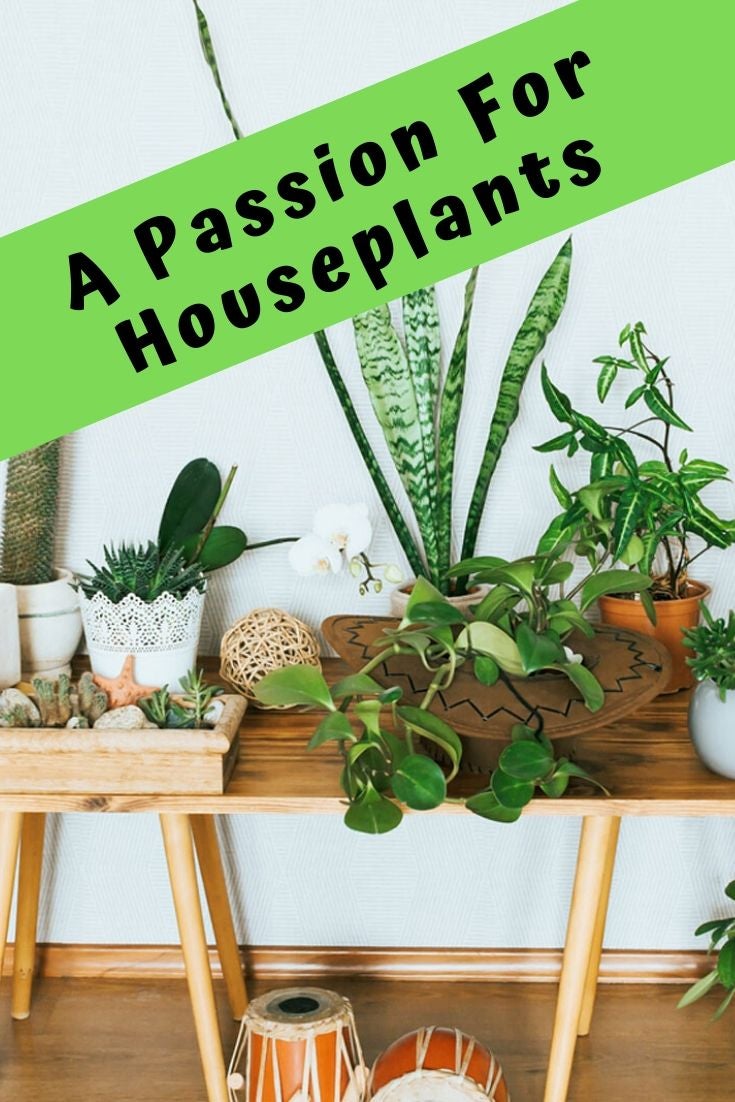 Growing up, my father smoked a lot. Probably close to two packets of cigarettes a day and I absolutely HATED it! At some point, I had gotten my hands on literature that mentioned that houseplants can clean your indoor air. Keep in mind, this was before my teenage years and we didn’t have the convenience of the internet. Now I feel old”¦but my father’s smoking actually sparked a whole lot of houseplant growing. And of course, having a crazy cutting-swiping great-aunt and plant obsessed family didn’t help my cause either.

We were fortunate enough to have a very large picture window that was southern facing. I was able to grow a variety of plants, and to enormous proportions. I’ll never forget my Epiphyllum oxypetalum (Queen of the Night cactus) reaching the ceiling. I started it from a small cutting from my great-aunt. I would stand on ceremony when it bloomed, because the flowers only lasted one night. The giant southern window was also home to an amaryllis bulb (Hippeastrum) that I grew for over a decade. It had grown in a clump of bulbs and each year threw out several flower stalks, each with 4-6 gigantic orange flowers.

Other prized specimens that I grew in that window included a giant aloe plant that relished the southern sun. A gorgeous lipstick plant that draped from a hanging pot higher up where it received very bright, but much less direct sun, also grew there. It always bloomed prolifically and was clobbered in red flowers for much of the year. I also kept a 5-foot-tall ponytail palm.

On the other side of the house in front of a large north-facing glass sliding door, I had one of my most prized specimens. It was a Christmas cactus that I propagated from my great-aunt’s plant. It grew to probably 3 feet long and was so big that one branch actually collapsed under its own weight. It bloomed for a good 4 months too.

I always seemed to have a houseplant project going, whether it was propagating plants or hybridizing my own African violets. I was a teenager when I decided to make my own African violet crosses and grew an obscene amount of plants from seed. The seeds are tiny and prolific. Needless to say, they took over an entire plant stand in front of a north window.

I don’t see my houseplant passion waning and it has always been a crucial part of my life!