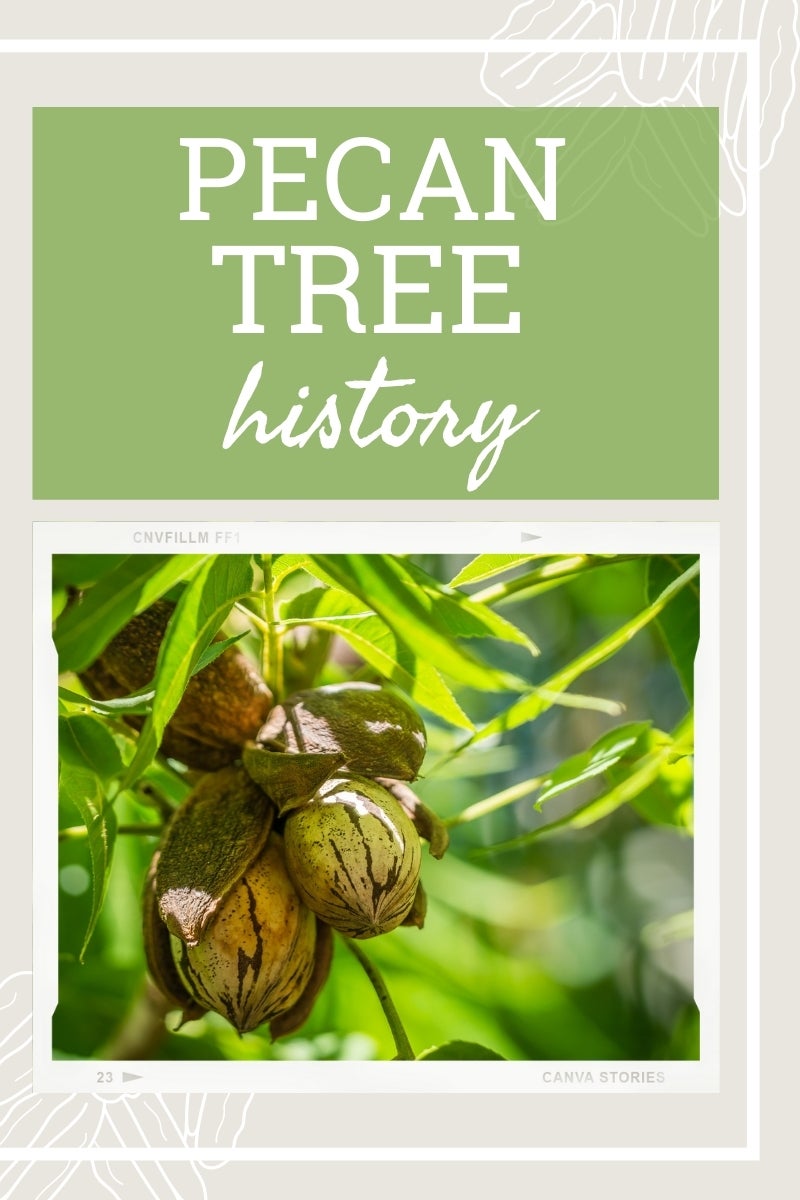 Pecan pie, pralines, candied pecans, and more! Pecans may be a southern classic but all around the world these sweet nuts are a delicacy. What is the history of pecans though, from whence do they hail? Pecans are the only tree nut native to North America and hold an important place in native food tradition and as a profitable export today.

Tree nuts are a prized food throughout the world, and pecans reign supreme as one of the most sought after varieties. Both wild and “improved” cultivated varieties comprise the current market. The nuts are native to central and eastern North America, as well as river valleys in Mexico. Indigenous people used the food widely and even revered the nut enough to use it as a form of currency. The name is said to originate from the Algonquin, meaning “all nuts requiring a stone to crack.” Makes sense to me.

Native tribes were likely the first to cultivate pecan trees, although wild plants were prolific. They were not only a food source but also a trade item to early European settlers. Pecan tree history indicates the nut became so popular that soon early settlers were also planting the tree in orchards and sending them overseas. Early uses of the pecan saw it pounded into a paste with a mortar. This could be dried and used as a flour or more often was added to soups and stews. It was also used to add flavor to popular foods of the period such as squash and beans. The native population would make it into a fermented milk drink called Powcohicora.

The origin of pecan trees being used by humans can be traced archaeologically to 8,000 years ago. The first recorded pecan tree history is around the 1500’s by a Spanish explorer. Thomas Jefferson was one of the tree’s earliest champions and planted an extensive orchard, later giving seedlings to George Washington. During the late 1700’s and early 1800’s an industry was born which saw the history of pecans evolve into a lucrative commerce crop.

The trees spread to Louisiana and up the eastern seaboard. In Louisiana, the food was quickly incorporated into “creole” food where it remains a staple today. In the 1800’s, the technique of grafting was perfected, which resulted in easier propagation of trees and quicker crops. Pecan trees can take up to ten years to produce nuts, but grafted trees could produce in just a few years.

Flash to today and the estimated harvest in the U.S. will reach 266 million pounds. That’s a whole lot of nuts in spite of crop loss due to heavy storms. There are 14 states that grow the majority of the pecan nut crop: Alabama, Arizona, Arkansas, California, Florida, Georgia, Kansas, Louisiana, Mississippi, New Mexico, North Carolina, Oklahoma, South Carolina, and Texas. Mexico is the next highest producer followed by Australia, Israel, Peru, and South Africa.

It doesn’t matter where you live. Improved varieties, storage, and transport options have increased the ability to send pecans anywhere. So, no matter if you pronounce the nut as pee-can or puh-khan, you can enjoy these sweet, buttery nuts anywhere in the world.