Poinsettia Plant History: Where Did Christmas Poinsettia Come From 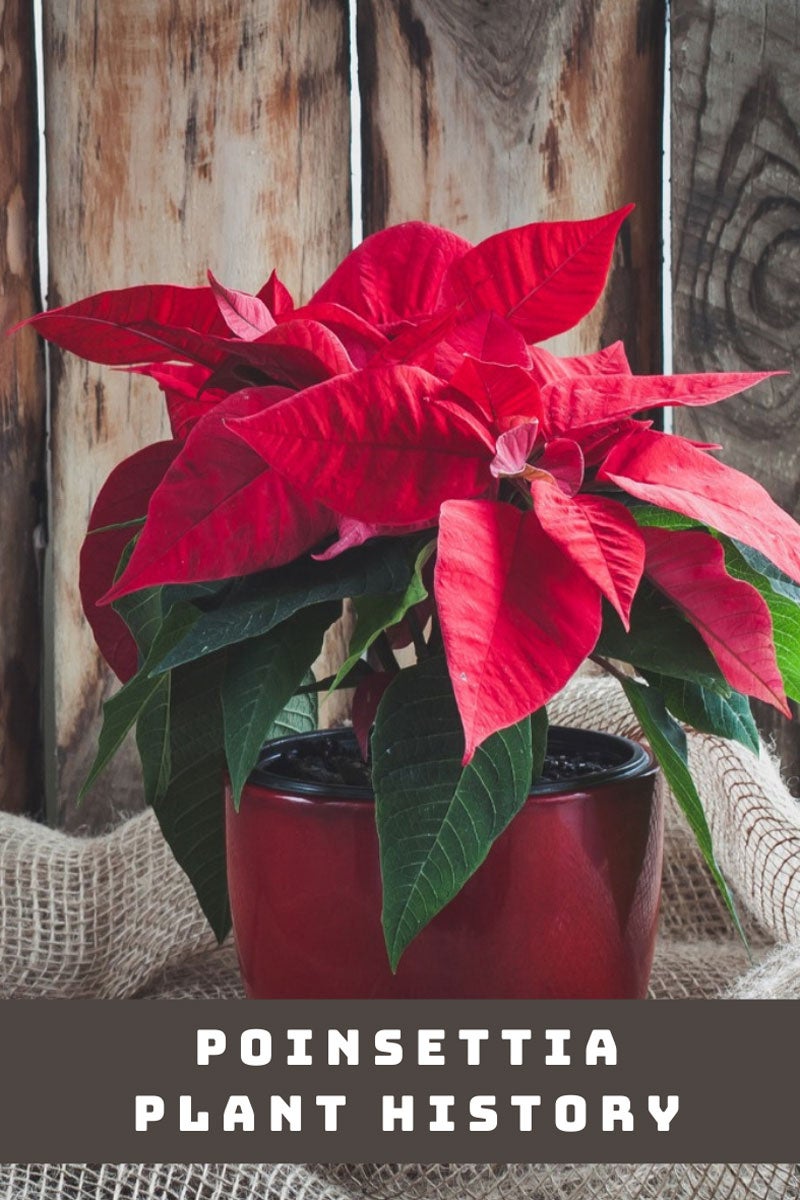 If there is one houseplant that is intolerant of neglect, it’s the poinsettia. I have often wondered if this is a marketing ploy. After all, it’s hard to enter any store during the holiday season and not be immediately accosted by a poinsettia display.

Although I consider myself in possession of two green thumbs, the ability to keep these traditional Christmas flowers alive throughout the year often alludes me. If I manage to keep them growing, getting my poinsettias to flower in December is another story altogether! Thus, like countless others, I find myself purchasing new poinsettia plants each year.

Why is Poinsettia a Christmas Plant?

If we look at poinsettia plant history, we discover this traditional Christmas plant clearly wasn’t the marketing scheme of some big city advertising agency. So, where did the Christmas poinsettia come from? We have to delve into the sordid history of the poinsettia plant to find the answer.

Long before Christianity reached the western hemisphere, the Aztecs cultivated poinsettia plants for a variety of medicinal purposes. These ten-foot-tall woody shrubs were hardly the dainty centerpieces which garnish our modern holiday tables. These weed-like plants, however, were revered by a number of ancient western cultures.

Native Mexicans deemed the poinsettia’s brilliant color a symbol of purity. Which is odd, considering they used poinsettia latex as a hair removal cream. Further south in Peru and Chile, the poinsettia was nicknamed the “Crown of the Andes.” Many traditions and legends adorn the poinsettia plant history. For instance, the Aztecs believed if a pregnant woman looked at a poinsettia in bloom, her baby would turn crosswise in her womb. Yikes!

It wasn’t until after Christianity prevailed among western cultures that the poinsettia became connected with the holiday season. Red and green being traditional Christmas colors, it was only natural that this winter blooming plant would attract the attention of the clergy. Franciscan priests began using poinsettia to decorate nativity scenes in the 17th century. Mexican folktale tells a different story, however. According to legend, a young peasant girl picked poinsettia greens as a Christmas Eve gift for the baby Jesus. As she lay the stems near the manger at the local church’s nativity scene, they burst forth with red blossoms. In Mexico, the poinsettia is called “flores de nochebuena,” which translates as flowers of the Holy Night.

The poinsettia made it way to the United States in the early 1800’s through the efforts of the first U.S. ambassador to Mexico, Joel Roberts Poinsett. (No coincidence, the flower was named after him) Poinsett was an amateur botanist who resided in Greenville, South Carolina. He began cultivating poinsettia plants on his plantation.

Others, including Colonel Robert Carr, owner of Bartram nursery, and Paul Ecke, a California horticulturalist, were instrumental in promoting the poinsettia as a Christmas flower. Today, the sale of poinsettias gross over $200 million annually. In case you didn’t know, December 12 is National Poinsettia Day. No this isn’t an artificial holiday created by merchants, but a date set aside by an Act of Congress to honor both this traditional Christmas flower and the man who made it possible, Joel Poinsett.