What Is Rapini Broccoli Rabe 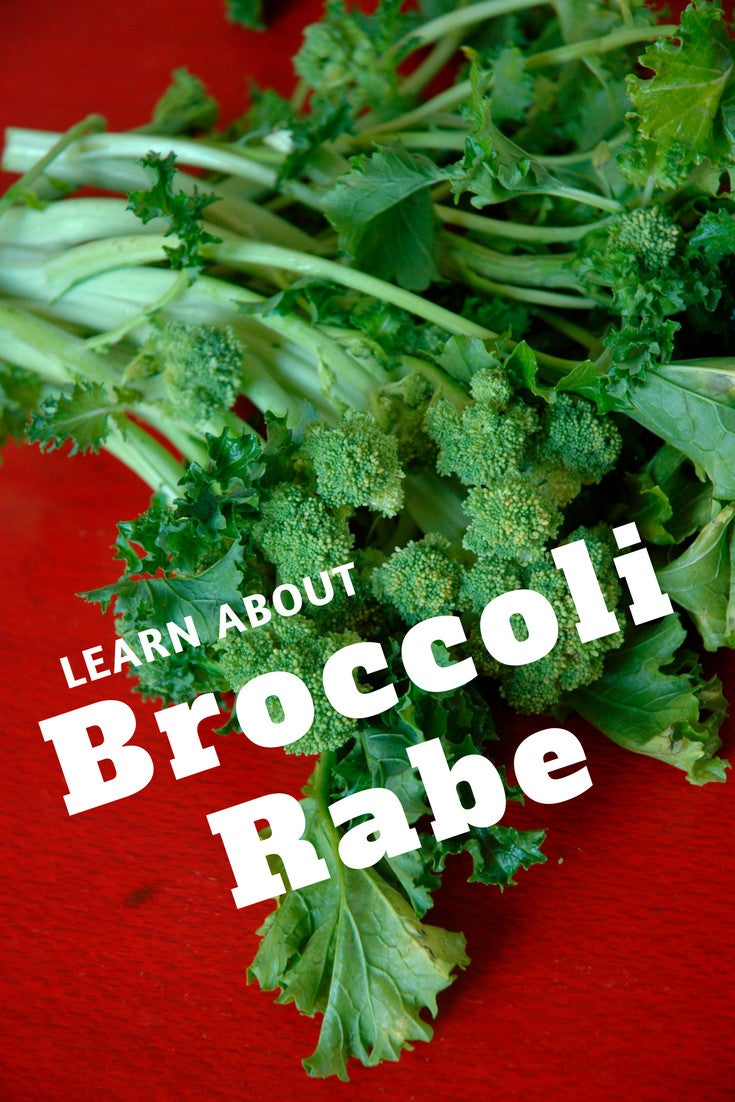 If you are a fan of broccoli, you will love easy-to-grow Rapini. Also known as broccoli rabe, or just simply raab or rabe, this vegetable has a host of culinary uses and similar growing requirements as its cousin, broccoli. Rapini history and its introduction to North America is well documented. The plant probably hails from central Asia, but it has become inextricably intertwined with Italian cooking for centuries. Find out about growing Rapini plants and the vegetables unique uses and origins in many major cuisines.

Plant names often tell you interesting things about the species. However, Rapini broccoli rabe is not a broccoli, although it has some of the same flavor notes. Instead, it is a Mediterranean leafy green vegetable that is tied to broccoli by more than taste and a name. Rapini is in the Brassica family, just as broccoli is, and has many of the same health benefits and uses. Botanists have recently decided Rapini’s closest relative is a turnip, also in the Brassicaceae family. Rapini history in many countries is rich and colorful, and the source of some amusing anecdotes.

The origins of a specific plant are often muddied by incomplete historical records. Rapini is one of those lumped in that category. Many say it originated in China, but the Italians dispute that, claiming the plant as their own. Both cuisines rely heavily upon the vegetable. One thing is clear, the plant was first introduced to the United States by an Italian grower, D’Arrigo Brothers, in the late 1920’s. The intense flavor of the vegetable took some getting used to and commercial production didn’t get underway until the 1960’s. As to how the plant came into being, it is suspected that hybridized turnips from way back in the Middle Ages might have resulted in Rapini. Indeed, the leaves of the two plants look remarkably similar and new classification of Rapini makes this highly likely.

Due to its presence in several major cuisines, Rapini has many names, some of which are ethnic in origin. Rapini means “little turnip” in Italian. A few more of the vegetables names are:

The plant’s popularity in Italy, Asia, and Portugal have led to many of these names. The name “broccoli rabe” was registered as a trademark in 1964 by the D’Arrigo Brothers Company. This form of the plant has been documented to be a cross of a wild mustard and wild Italian varietals.

The pungent, almost bitter flavor of Rapini lends itself to many culinary uses. It can be used in any recipe other wild greens are applied, but raw greens should be used sparingly and in combination with sweeter greens to complement the zesty flavor. Young leaves are the least bitter and stems should be removed where they are broad and thick. The small, broccoli-like florets are also used.

From there you can sauté, roast, puree, grill, steam or boil the plant. Italian and Portuguese cuisine sees it paired with pork items quite often. In Chinese food, it is combined with garlic, chilies and other spices most often in stir fries.

The plant is thought to have numerous health benefits, among them as an aphrodisiac, but modern science has also confirmed the presence of chemicals which help protect us from certain cancers. Rapini is also rich in Vitamins A, C, and K plus potassium, giving a new flavor profile from which to choose while packing on the health benefits.