Reining In The Mullein Plant – An Unforgettable Moment In The Garden 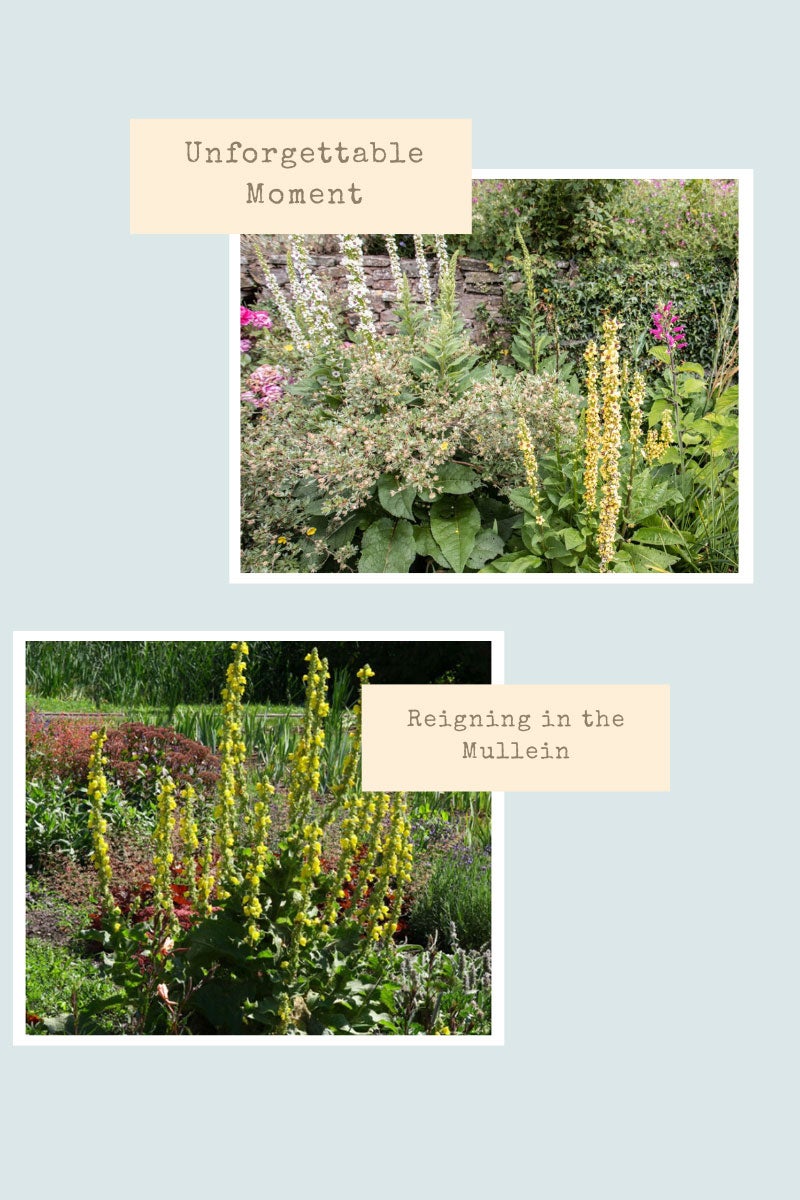 Have you ever heard the maxim “don’t sweat the small stuff“? My mother said this so much, and still says it all the time, that it’s become a guiding principle in our family. When it comes to gardening, I always have that saying in the back of my mind. To me, it means that gardening should be fun and not too technical, which generally means that it takes a lot to fluster me, until one unforgettable moment in the garden.

This particular gardening blunder (of which I’ve had many) took a couple of years in the making. It all started with my sister’s garden. She is an amazing gardener with a huge yard full of all the usual suspects and many surprises. One of her more unique plants was a huge six-foot specimen she called mullein. It had soft, velvety leaves and a towering flower head of yellow blooms. “I want one.” I said.

A short time later she brought over a small velvety rosette of a plant, a first-year mullein. Mulleins are biennial and don’t bloom until their second year. So I found a spot in the sun and plunked the mullein in. I didn’t give it another thought until the successive year when I was awed by my own six-foot mullein plant. Beautiful it may be but”¦.

Fast forward a couple more years. I noticed that what was once a few mullein plants had become a dozen or more”¦in one spot and a dozen more in another and so on. Obviously, I should have snipped the flower head before it went to seed because now what was once a really cool specimen plant was now irrevocably a weed, or rather weeds, plural. To be frank, it’s all a bit embarrassing and showcases my lack of knowledge and, ahem, laziness.

Over my lifetime as a gardener, I have found that the smallest mistakes, such as not removing the spent flower head, can turn into an unforgettable garden event. Even so, I still treat gardening as more of a science experiment conducted by a lazy, crazed scientist: moi.