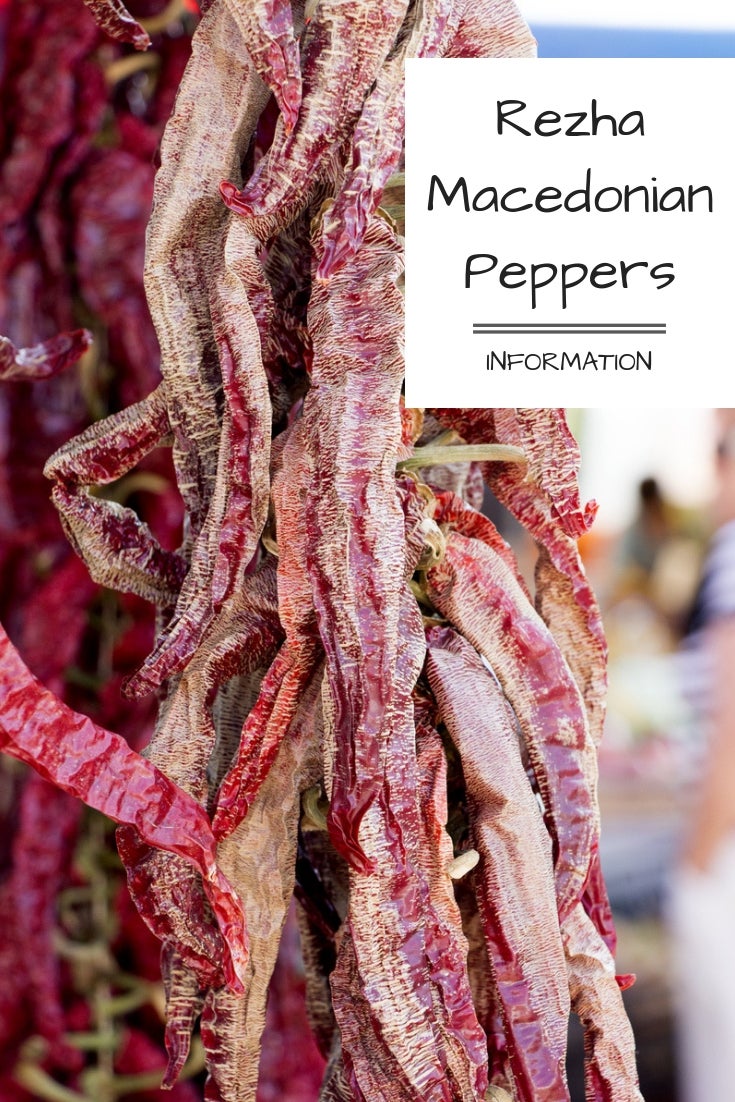 From the humble bell to the outrageously hot ghost, peppers come in an exciting and wide range of colors, shapes, and, of course, heat. If you want something a little different from your pepper crop, check out the Rezha Macedonian pepper, a truly unique specimen covered in tiny horizontal striations.

What is a Rezha Pepper?

As the name implies, these peppers are native to Macedonia and some neighboring Balkan countries. “Rezha” is Macedonian for “engraved,” an obvious choice when you see the state of the peppers’ skin. Another common local name, “Vezeni,” means “embroidered. The underlying skin of these peppers comes in shades of green to red, but the color is more than half obscured by thin, horizontal, raised stripes.

While heat can vary from pepper to pepper, Rezhas are not, as a rule, particularly hot. The most heat can be found toward the stem, where the seeds are concentrated. The peppers are not usually eaten fresh, mostly because the striations on the skin can make for a granular, slightly unpleasant texture. Instead, cooks tend to roast them whole or split down the middle.

The resulting flavor is richer than when the peppers are raw, slightly smoky, and with just a little heat. They lose a little bit of their hotness in the cooking process, but the emergence of the other, sweeter flavors is worth it.

Rezha pepper seeds should be planted when all chance of frost has passed, and preferably started indoors in areas with a late last frost. Fruits can start to be harvested after 80 days. As well as being good roasted, these peppers dry well and make for excellent conversation pieces. The peppers are very tasty, but in the end it’s their appearance that is the real showstopper.