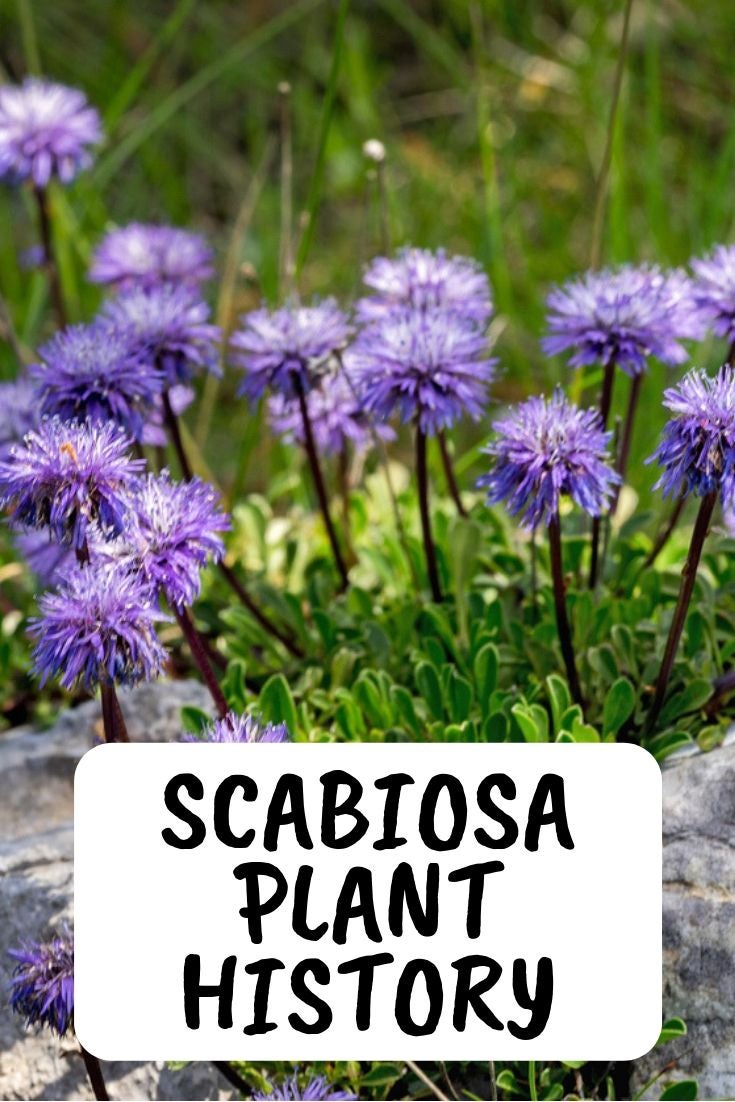 Several years ago, I used to work for a county I.T. department. One of my assigned departments was the Sheriff’s department. I not only serviced computers in the administrative wing but also within the recesses of the county jail where correction officers were stationed. I’ll never forget overhearing a conversation between two correction officers about a scabies outbreak that had broken out in the jail. I remember being uneasy, thinking “should I even be down here?”

For those that do not know what scabies is, it’s a skin infestation by a human itch mite. They burrow under your skin and lay eggs. This is one of those afflictions that have plagued humankind for the better part of 2,500 years. Keep reading to learn what this problem has in common with the Scabiosa plant.

So, when I started researching the history of Scabiosa plant, I couldn’t help but think of this blast from my past because the spelling and phonetical pronunciation of this plant kind of reminded me of scabies. As it turns out, this is no coincidence, as the name ‘Scabiosa’ actually derives from the Latin word scabere, which means “to scratch” and people with scabies scratch.

The use of Scabiosa plant to treat scabies hearkens back to medieval times. Many sources suggest that the rough leaves of the plant may have been used to scratch the infernal scabies itch. In the mid-16th century, it was incorporated into an herbal remedy that included fresh fennel and marshmallow, all boiled into a brew that a scabies infected person would soak in. In the 17th century, the root of Scabiosa was prescribed in an ointment by Nicholas Culpepper to treat wounds, swollen throats, snake bites and the plague.

Heirloom Scabiosa plants are native to Europe and Asia. They were introduced to New England and traversed the northern states by the British colonists who valued the plant’s medicinal properties. There are about 80 species of Scabiosa in existence, covering perennial, annual and biennial varieties.

I realize that this history of Scabiosa plant has probably given you the heebie-jeebies, so I will tell you a bit more so that your major takeaway about Scabiosa isn’t just that it’s “the scabies plant.” While the medicinal efficacy of Scabiosa is questionable, its value as an ornamental definitely is not – they are beauties in the garden.

Heirloom Scabiosa plants are commonly referred to as pincushion flowers. If you have experience with a thread and needle, you can appreciate why. The blossoms, which are held high above tall, slim stems, look like round pincushions with pearl-headed pins (the stamens) sticking out of them. The color palette for Scabiosa flowers is diverse, with blossoms in blue, purple and white being the most common. And there’s more. Scabiosa plants also have a reputation as being a great pollinator plant – butterflies, in particular, seem to really favor them.

So the next time you are itching for a new addition to your flower garden (yes, bad scabies pun), consider the Scabiosa plant – they are beautiful plants for pollinators.