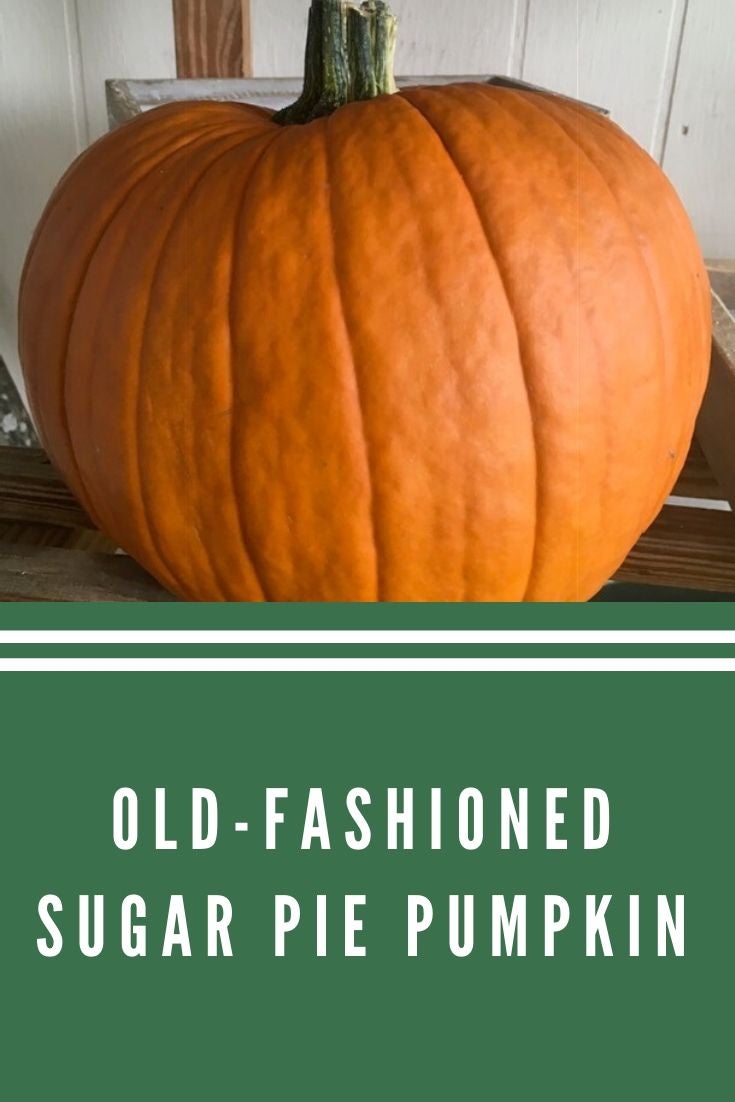 At this writing, it is fall and just the right time to make some pumpkin pie. Nope, I don’t use just any old pumpkin. Most are too stringy and not sweet enough. The perfect pumpkin for pie is an old-fashioned Sugar Pie heirloom pumpkin.

Thanksgiving almost wouldn’t be Thanksgiving without at least one (preferably more!) pumpkin pie as a dessert option. Of course, there’s a reason that pumpkin pie has become a staple at the holiday dinner table.

It all harkens back to a time in the early 1600’s when both New World colonists and Native Americans gathered together to give thanks for the bountiful harvest. Now at that time, pumpkins, native to the Americas, had long been used by the Native Americans. They introduced the squash to the Pilgrims who had the brilliant idea to expand on its preparation by adding milk, honey and spices. Brilliant!

The absolute ideal pumpkin for use in making pumpkin pie is a small New England sugar pie pumpkin ready for harvest in about 100 days. In 1863, Fearing Burr first described this pumpkin as being “an abundant bearer that crops perfectly and is of first-rate quality.”

Years later, growers of this little pumpkin would agree. The fruit weighs between 4-5 pounds with sweet flesh perfect for pie. It can be found under many names, from ‘Boston Golden Sugar’ to ‘Rhode Island Sugar’ and even ‘Yum Yum.’ It is, indeed, a prolific bearer and one vine is often enough for a family.

Now some people might say pie isn’t the best use of calories, but in the case of pumpkin pie, I beg to differ. I like to consider the health benefits of pumpkin as I dig into a second slice of pie. One cup of cooked pumpkin has almost 2 grams of protein and 3 grams of fiber, along with calcium, potassium, iron, and Vitamins A, C, and E plus zinc – all for only 49 calories. I think I’ll have my pie and eat it too!