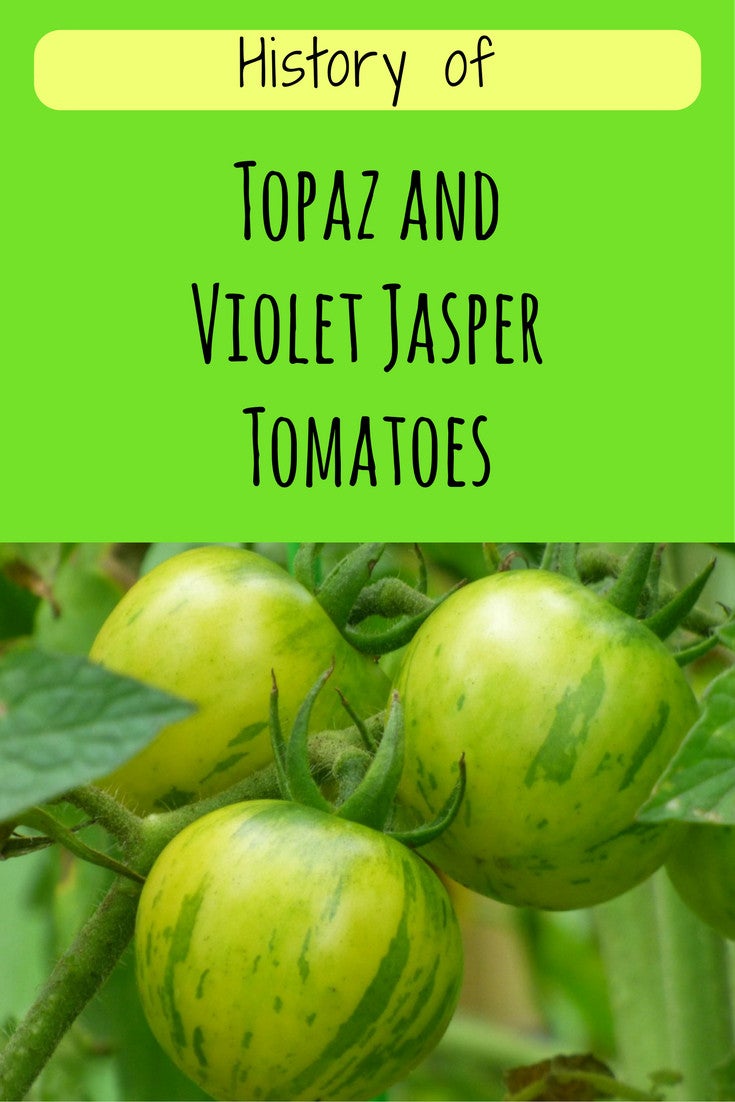 Are you looking for the perfect tomato to grow this season? Are you looking for something a little different? Something that’s still tasty but also a showstopper in appearance? Look no further than the Violet Jasper and Topaz tomatoes! They’re two different varieties, but they’re close relatives of each other, growing and behaving the same in every way except their colors, which are both breathtaking in their own right.

What Topaz and Violet Jasper info exists that makes the plants so special? Both tomatoes come from China, where the Violet Jasper is called Tzi Bi U and the Topaz is known as Huan U. The seeds first made their way to the United States in 2009 when they were introduced to sellers by Hristo Hristov, a Bulgarian seed collector. They’ve been spreading all over with their new English names ever since.

Like a lot of Chinese varieties, the flavor of these tomatoes is a little on the mild side. Anything they lack in taste, however, is made up for tenfold by appearance. The Violet Jasper tomatoes are a deep reddish purple flecked with green stripes that deepen from grass to emerald as they ripen. The Topaz tomatoes follow the same pattern, except the base color is a striking and almost translucent gold, interspersed with the same green streaks.

Both the Violet Jasper and Topaz tomato plants produce abundantly, yielding more gorgeous 1-3 ounce fruits than you’ll know what to do with.

Grow your Violet Jaspers and Topazes as you would any other tomato – sow the seeds indoors well before the last frost and set them out when all danger of frost has passed. Both of them are early producers and may very well be the first tomatoes you harvest this season.

Some people find the taste to be a little lacking, but don’t believe everything you hear! One of our writers here grew both varieties and found the Topaz to be one of the best tomatoes she’d ever eaten!