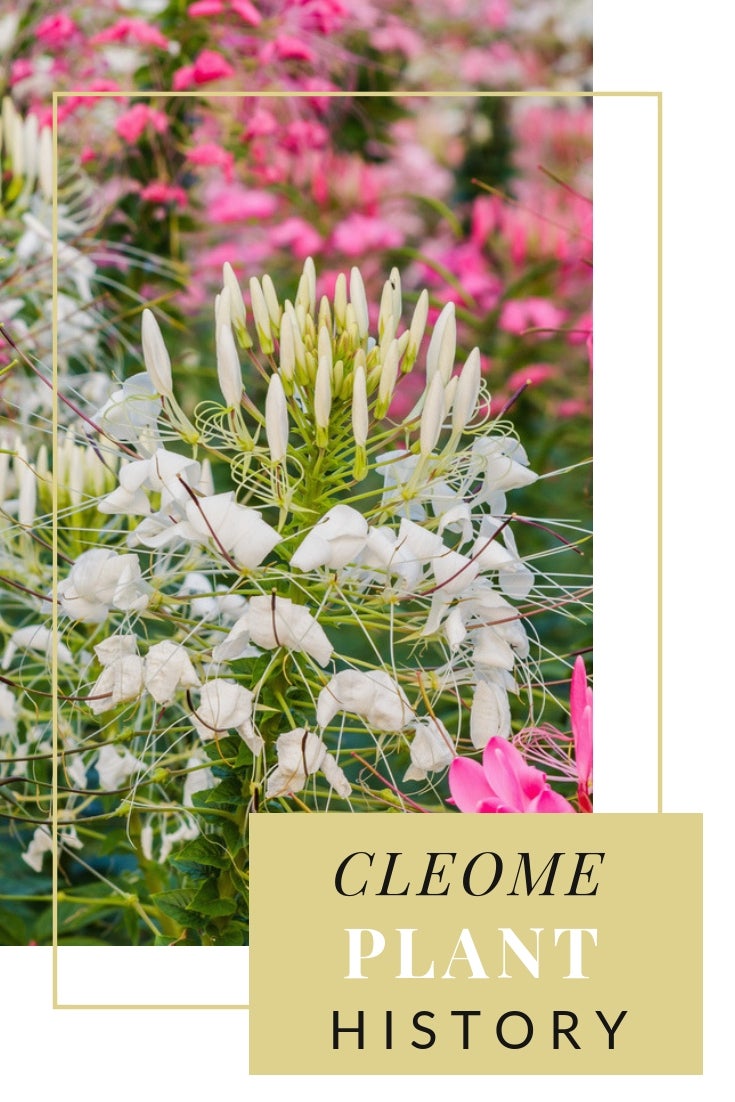 When you look at a cleome plant, it is easy to understand how they have earned the common names spider flower, spider legs, grandfather’s whiskers and cat’s whiskers. Cleome is famous for the unique long, wispy, hair-like stamens that stick out from each individual flower in their bloom cluster. There are about 170 different species of cleome, native to regions of the Southwestern U.S., parts of South America and the West Indies. In their native range’s, they have earned many regional common names and have been enjoyed by indigenous people for culinary and medicinal benefits. Continue reading to learn more about cleome plant history.

Traditional cleome in its native ranges was valued for herbal uses. Called Waa by Navajo Indian tribes, cleome was used to treat stomach problems, eye inflammations and as a gargle for sore throats. It was also used in culinary dishes like spinach, with leaves eaten raw in salads or cooked in stew, soup, or chili. The small seeds of cleome, which look like little snail shells, were eaten raw or ground into flour. Cleome was also known as Navajo spinach because of its importance to Native Americans as a food crop.

In addition to culinary and medicinal uses, cleome was also used to make dye for baskets and rugs. Paint was made from cleome and used to decorate pottery. Despite the fact that many cleome species have earned common names, such as stinkweed, because of foul smelling glands on their foliage, cleome was also made into soaps and deodorants. During the Lewis & Clark expedition, cleome was one of the 178 plant species that was collected.

As a garden flower, cleome has gone in and out of fashion. The height of cleome’s popularity was in the Victorian Era. The unique, spider-like blooms were a curiosity in Victorian times. However, the fashion was to grow cleome plants in decorative pots rather than directly in the garden. Today, cleome is regaining popularity as a tall, unique plant for cottage style gardens. They are also added to pollinator gardens because they attract bees, butterflies, moths, hummingbirds and even bats. Cleome adds a sweet, unique flavor to honey when grown for honeybees.

Cleome is an annual. The plants are heat and drought tolerant and experience very few problems with pests or disease. The scent released from glands on cleome is also a deterrent to deer and rabbits. Cleome was originally grouped in to the caper or Capparidaceae family; however, it was recently re-classified as a new family of Cleomaceae. The common garden varieties so popular in cottage gardens today are usually hybrids of the species native to the West Indies.