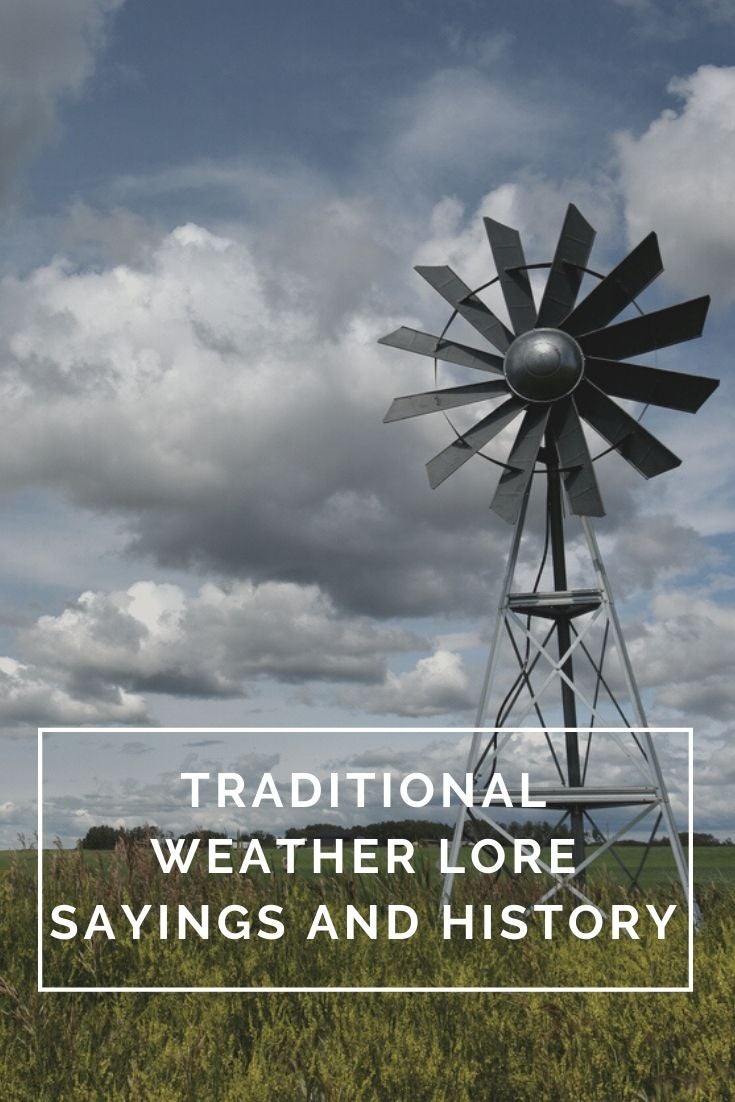 Weather lore is an ancient tradition, mostly replaced today with modern, scientific weather forecasting and prediction. While the traditional sayings”” “red sky at night, sailor’s delight, red sky in morning, sailor’s warning“””may not always be scientific, there is some truth behind them. And these old tidbits of weather lore may be fading fast from common usage.

What is Weather Lore?

Traditional weather lore is an unusual combination of folklore and nature science. Long before the scientific method and modern meteorology people used sayings, rhymes, and stories to describe weather phenomena and to predict changes in the weather.

Certain signs in nature, like when birds take flight or the shapes of clouds, were used by people to predict the weather. This helped with planning farming and gardening as well as travel and other activities.

The history of weather lore is truly ancient, and it isn’t possible to say exactly when it started. Some of the lore passed down and still with us today could have originated thousands of years ago. Weather lore isn’t dead either; many people still rely on these old sayings, and some of them bear out even in the face of modern science: