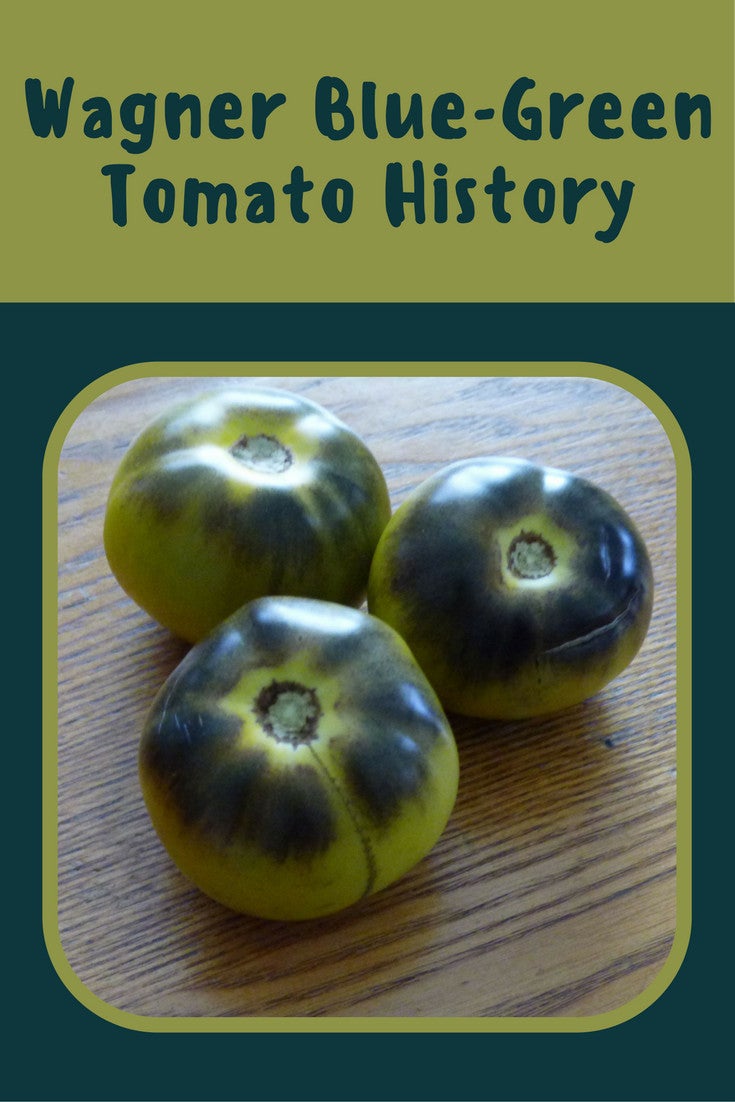 So much for the promised 15 minutes of fame. Heirloom gardener Tom Wagner is one of the most prolific tomato and potato breeders in the world, but he is not a household name in this country. His creations, however – like his tangy, striped Green Zebra tomato – have places of honor in many home gardens. His blue-green heirloom tomatoes may well be his next great success.

Wagner started work on a green tomato six decades ago when he discovered that the only green tomato available in his home state was soft and mushy. Some 20 years later he produced the sweet, striking Green Zebra, now a fixture in organic stores and farmers markets alike.

If you want a bit of the Wagner Blue-Green tomato history, the breeder started with ‘Indigo Rose.’ This blue tomato was created at Oregon State University by Dr. Jim Myers, using wild tomatoes growing in Peru and the Galapagos Islands that contained high levels of antioxidants, like those found in blueberries. After over a decade of crossbreeding the wild blue species with red tomatoes, Myers created an edible blue tomato with a lackluster flavor.

Wagner took the ‘Indigo Rose’ tomato and crossed it with his well-known Green Zebra to create Blue-Green Zebra, a tomato with blue and green stripes. He also created Muddy Waters, a dark blue tomato that has green flesh. Additionally, he’s stabilized several other cultivars, including Pansy Ap, a small blue salad tomato, and Helsing Junction Blue, a blue cherry tomato.

Some early blue tomatoes were produced using gene-splicing techniques, but not Wagner’s. All Tom Wagner tomato plants are created from cross-breeding open-pollinated, heritage varieties and produce clean seed that reproduces true to type.

The Blue-Green tomato is winning star reviews from gardeners who have tried it. The seeds produce round fruit, some 3 inches in diameter, with a smooth, flawless skin. They sprout quickly and grow stout, thick stems soon overflowing with fruit. The tomatoes have the famous sweetness and crush of the Green Zebra, but the incredible, deep blue shade makes then unique.

Growing Blue-Green tomatoes is no harder than growing any other kind of heirloom tomatoes. Experts recommend that you wait to plant until night temperatures are higher than 45 degrees F. (7 C.), preferably 50 F. (10 C.) or more. You should also offer a balanced fertilizer and ample irrigation. Tomatoes of any color require direct sun, the more the better.