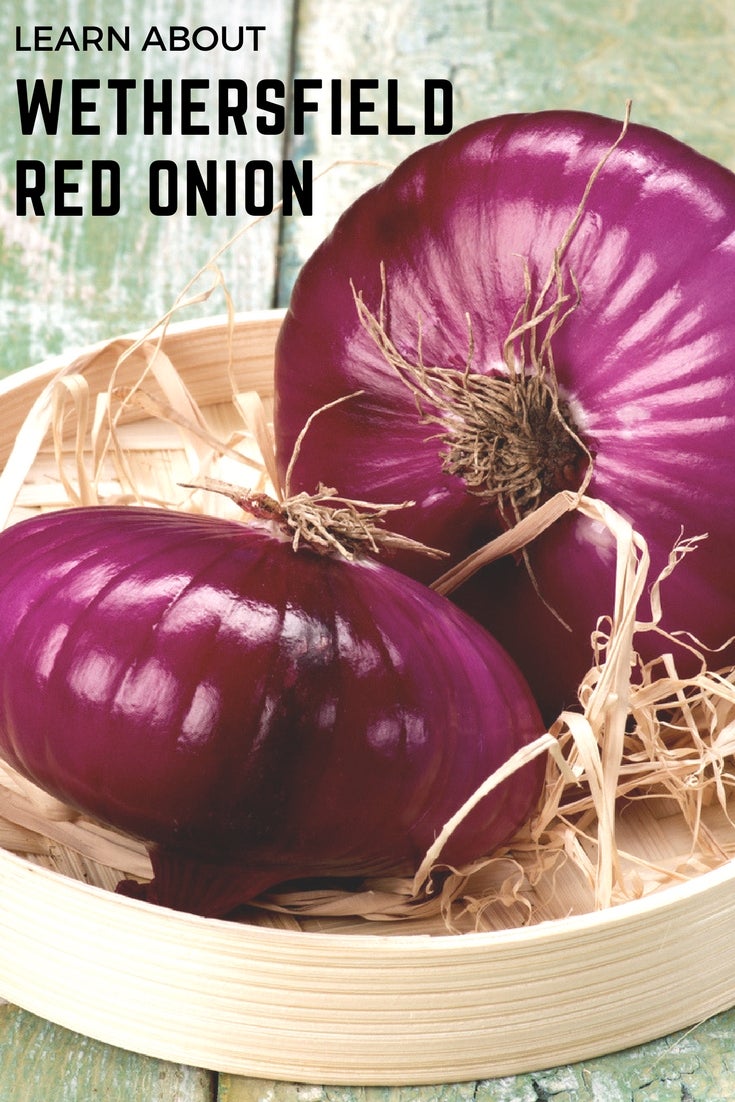 Wethersfield red onions (Allium cepa) are among the best-known of America’s heirloom onions, with a rich history inextricably tied to the nation’s earliest years. Read on to learn more about Wethersfield onions.

Wethersfield red onion plants were grown and developed in Wethersfield, Connecticut, a village located in the rich Connecticut River Valley, near Hartford and not too far from New Haven.

Many fine agricultural crops were cultivated in the area, but the red onions definitely put the town on the map. Unsurprisingly, the town was once known as ‘Oniontown.” Yankee Magazine notes that the attractive braided skeins could be seen hanging from nearly every doorway and rafter. Even today, the town celebrates its rich agricultural heritage with parades and festivals honoring the heirloom onions.

With their plump, somewhat flat shape and reddish-purple skin, Wethersfield onions are lovely to look at. Residents of Wethersfield were understandably proud of the rolling onion fields and savory aroma. According to the New England Historical Society, residents were also proud of the hard-working Wethersfield red onion maidens – young girls who planted and harvested the onions every year. The girls were also said to be the best cooks around- probably because they spiced up most dishes with the pungent red onions.

The New England Historical Society also notes that at one time millions of Wethersfield onions were exported to the South and West Indies. However, exports, along with the shipbuilding trade, declined substantially by the 1830s.

During the Civil War era, Wethersfield red onions were afflicted by a blight known as pink root. As a result, many onion growers were forced to diversity their crops, often switching to products that didn’t require long-distance shipping, such as corn, potatoes, milk, cream, eggs and butter. Tobacco also became an important commodity, and many farmers supplemented their income with fishing.

However, if you’re interested in growing Wethersfield red onions, Wethersfield is still home to two seed companies that have been in business since the nineteenth century. The plants are vigorous and easy to grow.