What Makes A Plant An Heirloom: Are Heirlooms Better Than Hybrids 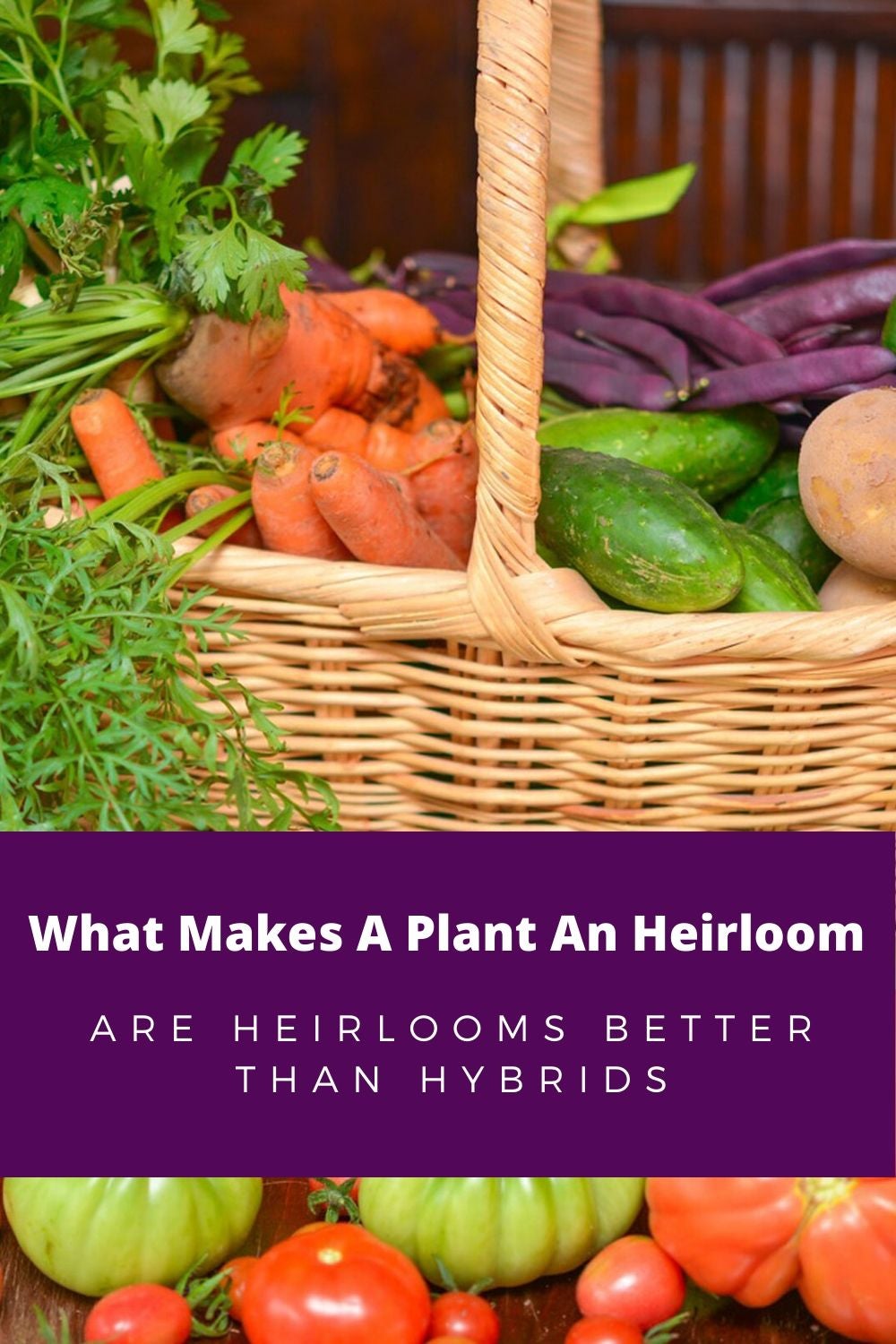 Interest in heirloom plants has blossomed in recent years, and you may be interested in trying your hand at growing heirlooms in your own garden. But first, exactly what is an heirloom plant and what makes a plant an heirloom? The answer isn’t as simple as you may think, but the following information should help.

What Makes a Plant an Heirloom?

All heirloom plants are open-pollinated, which means the seeds that produce the same characteristics as the parent plant from one year to the next. Hybrids don’t “grow true to type” when planted by seed. Generally, open-pollinated plants are pollinated not by people, but by insects or wind.

The term “open-pollinated” can be confusing, however, because potatoes, garlic, and certain other plants are typically propagated vegetatively and not by seed, but they can still be heirlooms.

There are other characteristics that make a plant an heirloom, and these characteristics are up for debate. Some experts claim that heirloom plants must be at least 50 years old, or that they originated before World War II. Others say the cut-off is 1951 – the year plant breeders introduced the first hybrid cultivar. Still, others say heirloom varieties date back to 1920 or l930.

Either way, the seeds of heirloom plants are passed down from generation to generation. Some may be descendants of plants grown by early Native Americans.

Are Heirlooms Better Than Hybrids?

Are heirlooms better? Maybe, or maybe not. Both heirlooms and hybrids have distinct benefits. The best choice depends on several factors, including your preferences and your gardening style.

Many people prefer heirlooms because they usually have a much better flavor and a more vivid color. Heirlooms may even be more nutritious. However, heirlooms aren’t as smooth and perfect as hybrids, and you may notice quirks and imperfections.

If you’re concerned about aesthetics and you prefer a more uniform appearance, you may like hybrids better. Also, germination of heirloom seeds may be slow or staggered, which may be a benefit if you prefer that your crop doesn’t ripen all at once.

If you’re new to gardening, or if you don’t like the idea of spending a lot of time tending vegetable plants, you may prefer hybrid varieties, which are more dependable, tend to produce larger crops, and are bred to be pest- and disease-resistant. On the flip side, heirlooms grown in your region may be “locally adapted,” making them hardier and better able to withstand pests and disease that plague plants in your area.

Choose heirlooms if you want to save the seeds for replanting. By growing heirlooms, you are preserving the genetic diversity of the plants, as some heirloom plants are threatened by extinction. Of course, heirlooms aren’t genetically modified, so if you’re growing an heirloom plant in the garden, you just may be growing a little piece of history too, especially those that are fairly rare and difficult to come by.