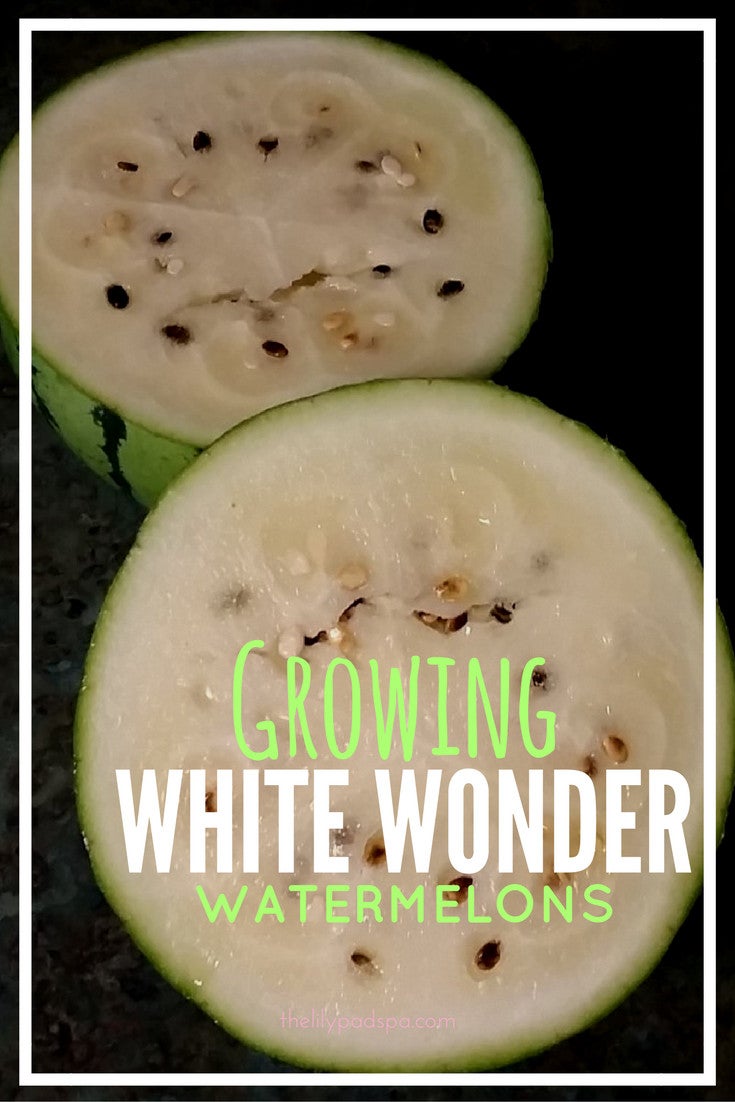 Watermelons are a great addition to the garden, but what if you’re sick and tired of plain old red watermelon? What if you want something new? (But still really want to grow watermelons). Well, look no further than the White Wonder watermelon, a fascinating variety that’s traditional green on the outside but unmistakably white on the inside! It’s not a light red that it looks white from some angles. It’s completely white – so much so that it’s close to being translucent.

In the 19th century, however, farming became a corporate industry and demand for red-fleshed melons caused white ones to all but disappear both from public consciousness and cultivation. Thankfully, the White Wonder was spared from extinction, and you can do your part to help bring it back by growing this amazing heirloom plant in your garden.

The White Wonder watermelon is small as watermelons go, usually topping out at 6-8 pounds. Its skin is much thinner than that of a traditional watermelon, so you need to take care not to crack it when handling it.

Some people who grow it say it tastes just like a watermelon, but many report a cucumber flavor. (To add to the confusion, there exists a White Wonder cucumber, but it’s white on both the inside and outside, so you probably won’t got mistaking one for the other).

White Wonder watermelon plants are hardy and extremely heat resistant. They take 80 days to mature, and once they get there, they’re prolific producers. So why not give it a try? You’ll have something totally different on your table this summer and you’ll be helping to keep an heirloom alive!