What Is A Yellow Pear Tomato 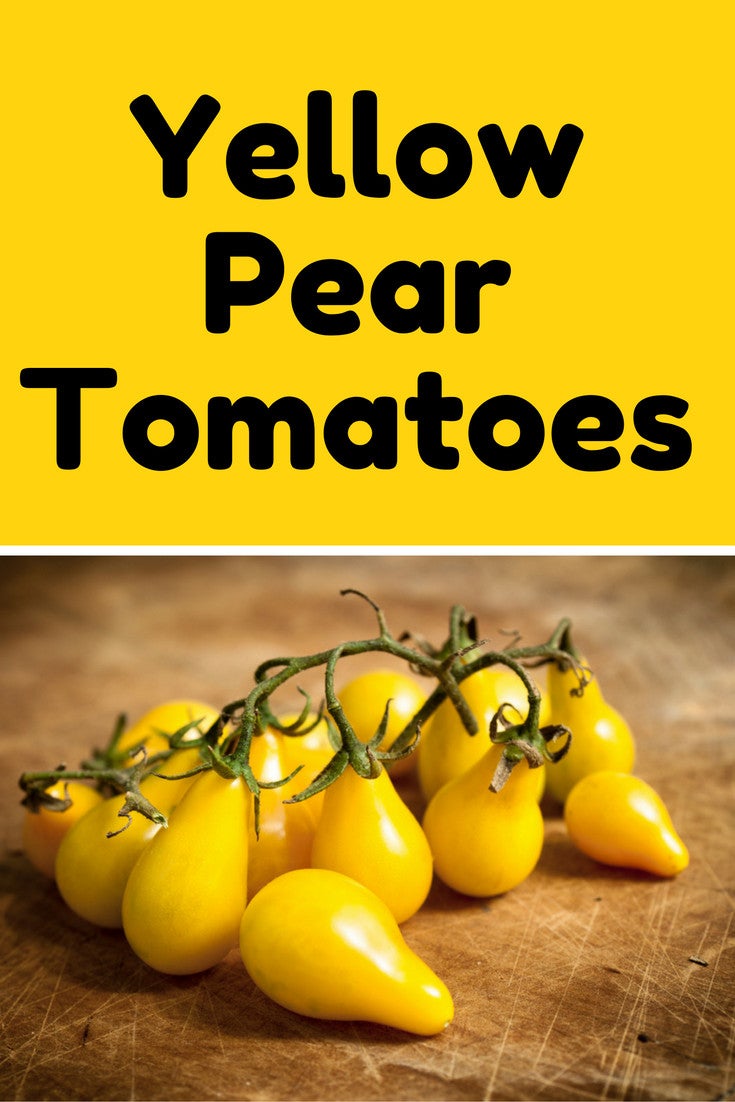 Tomatoes can be a little intimidating. Not so much the growing, but the choosing! There are so darn many varieties of tomatoes out there – how can you possibly pick? One preference that can be sorted out pretty early is tomato size. Are you looking for big tomatoes you have to cut with a knife, or do you want little ones you can pop whole in your mouth? If it’s the latter you’re looking for, a great choice is the yellow pear tomato.

What is a Yellow Pear Tomato?

The yellow pear tomato is an heirloom variety that’s been reliably documented for over 200 years. And just because we’ve been keeping track of it that long doesn’t mean it’s only been around for that length of time. Chances are this thing is way older.

Yellow pear tomato plants were first marked down in the annals of history in 1805 by the biologist Christiaan Hendrik Persoon. He was writing a book of all the plants he knew, and the yellow pear tomato made the list. It was first documented in North America in 1825 by the fur trading Hudson Bay Company. Since then, it’s been spreading around, remaining in gardeners’ hearts because of its heavy yield and mild tasting fruit.

Yellow pear tomatoes reach 1 to 2 inches in length and live up to their name with a strikingly yellow color and a shape that’s wide and rounded at the bottom similar to that of a pear. The vines of the true heirloom variety are indeterminate, which means they’re long and winding and can get a little unmanageable at over 8 feet in length if they’re not given proper support.

There are a few bushier hybrids that get around this problem, but if your goal is growing heirloom tomatoes, plant the original and give these vines a shot!