What Is Zucchino Rampicante Squash 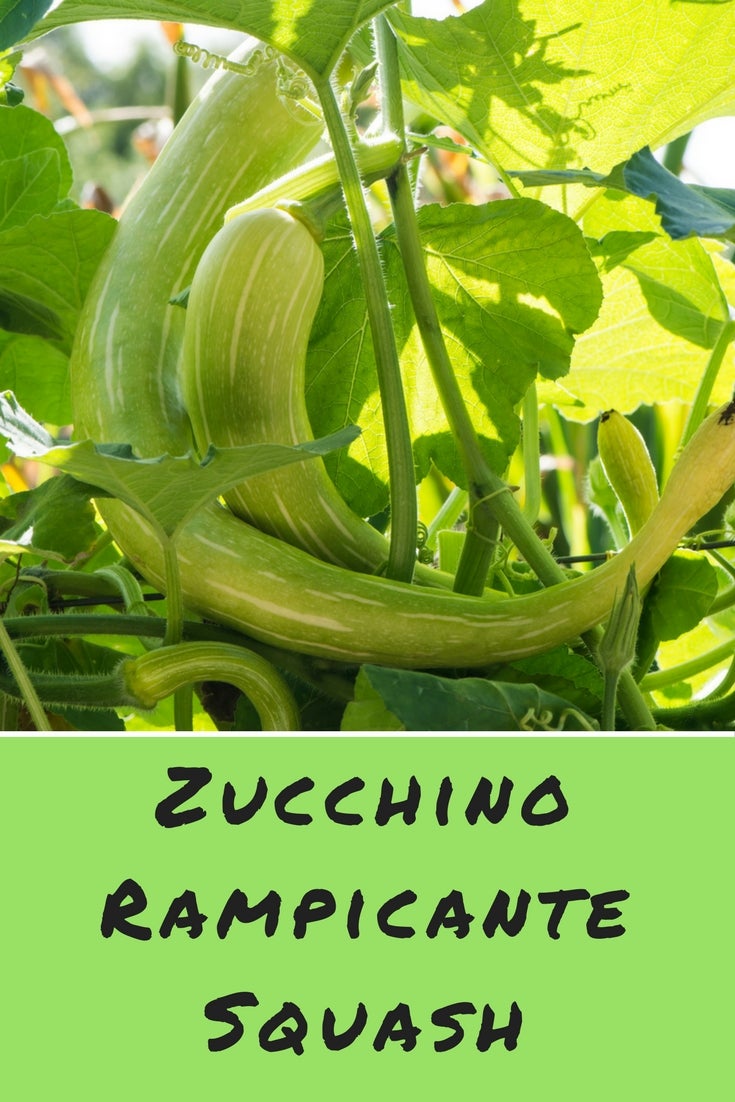 If “zucchino rampicante” makes you think of rampant squash, you are in the right ballpark. This heirloom zucchini might come directly out of a child’s dream, growing longer than a yard and curling like a green snake. But in addition to being the most distinctive veggie in your garden, zucchino rampicante will be very popular on your table. It is sweet, tender and yummy on the grill.

When you are growing heirloom squash, you expect vegetables that look a little different from modern varieties. You won’t be disappointed with zucchino rampicante squash (Cucurbita moscata). It will turn heads.

These plants are prolific and unusual. The vines grow fast and furious, producing huge leaves with silver veins and bright orange flowers. Don’t try growing zucchino rampicante squash in a small garden. The vines may take over your backyard and move into your neighbor’s.

The squash itself is incredible. These zucchini grow light green, long and slender. Each squash can get up to 4 feet long, twisting into circles or interesting squiggle-shapes as they slither around the vines, up trellises and through fences. One gardener has compared them to crooknecks on steroids.

If you prefer straight zucchini, plant your squash so that the vines grow up strong support systems. The zucchinis will hang straight and grow straight, but you’ll lose some of that “Alice in Wonderland” magic.

Zucchino rampicante is also known as tromboncino squash. Regardless of which common name you prefer, this heirloom squash is a truly unique variety. In addition to its remarkable appearance, zucchino rampicante may be the only heirloom squash that is both a summer squash and a winter squash. That is, if you plant it, you can choose which you prefer.

While the squash are still young, their skin is bright green and striated. Harvest it at this stage for a summer squash. Its flesh is sweet with a slight nutty flavor. On the other hand, you can leave it in the garden to develop a hard skin, which will turn beige and becomes too tough to eat. Now it is a winter squash and you can store it for long periods of time, like butternut squash.