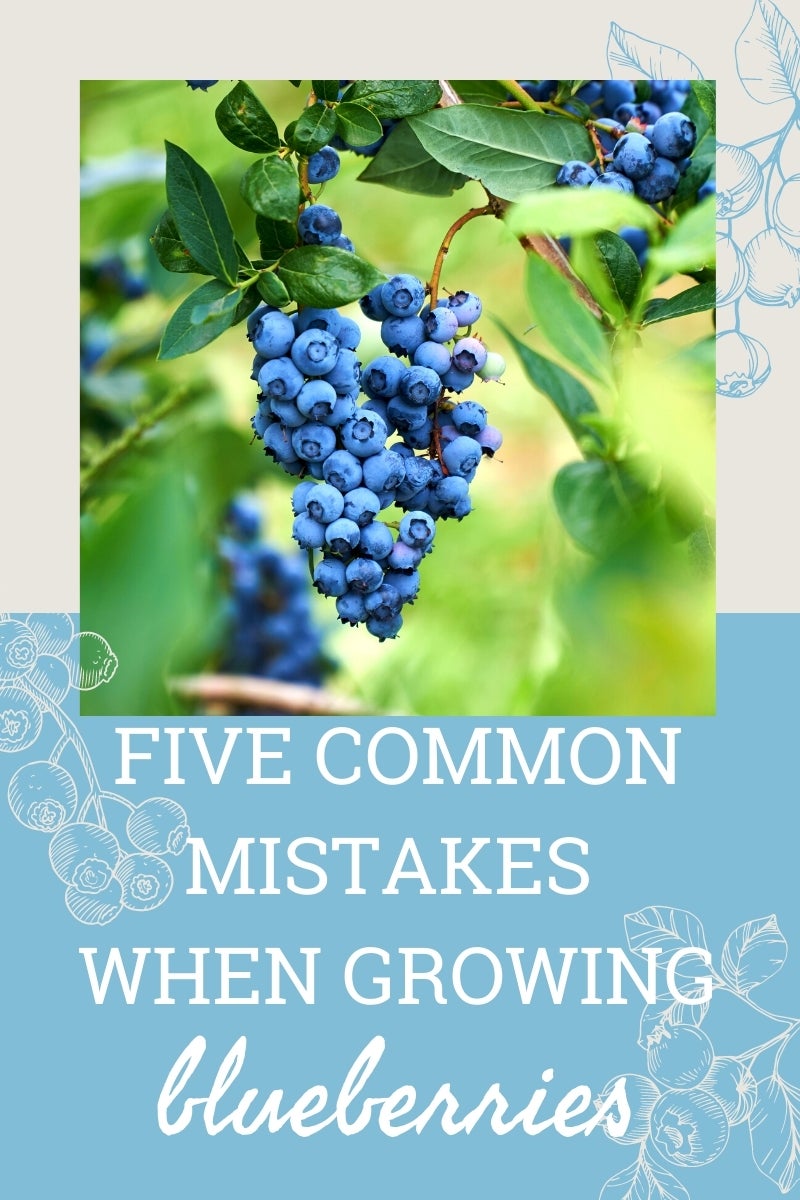 Blueberries are not only delicious but extremely nutritious as well. Once established, they will reliably produce buckets of yummy berries for years to come. Before you can expect large hauls of berries however, you need to avoid the 5 most common mistakes with blueberries. Learning about these common blueberry problems is the key to growing healthy, productive blueberries.

Blueberries need acidic soil with a pH of 4.5-4.8. They prefer a sunny area in well-draining soil and a consistently moist root system during the growing season. Provided they have enough sun and drainage, blueberries can not only be grown in the garden but in containers as well.

These are blueberries basic requirements and if these needs aren’t met, problems with disease and production will soon follow.

One of the biggest mistakes with blueberries is discounting their need for acidic soil. While many plants can tolerate a little leeway when it comes to the pH of the soil, blueberries cannot. Test your soil before planting blueberries. If the soil is not acidic enough you can take steps to rectify the soil or opt to plant them in a container or raised bed.

To raise the acidity of your soil, amend the soil with sulfur. Be careful. Too much sulfur can be toxic. You can also include pine needles and coffee grounds to amend the soil.

The safest way to amend the soil is to incorporate peat moss. Dig up an area about 2.5 feet across and a foot deep per plant and remove Â½ to 1/3rd of the soil. Add pre-moistened peat moss to make up for the amount of soil removed and mix well.

Tell us what you think: Leave a comment
23 people are already talking about this.
Printer Friendly Version
Read more about Top of the Crop
<PreviousNext>
Did you find this helpful? Share it with your friends!
FacebookTweetPinEmail