5 Mulch Colors That Can Increase Yields 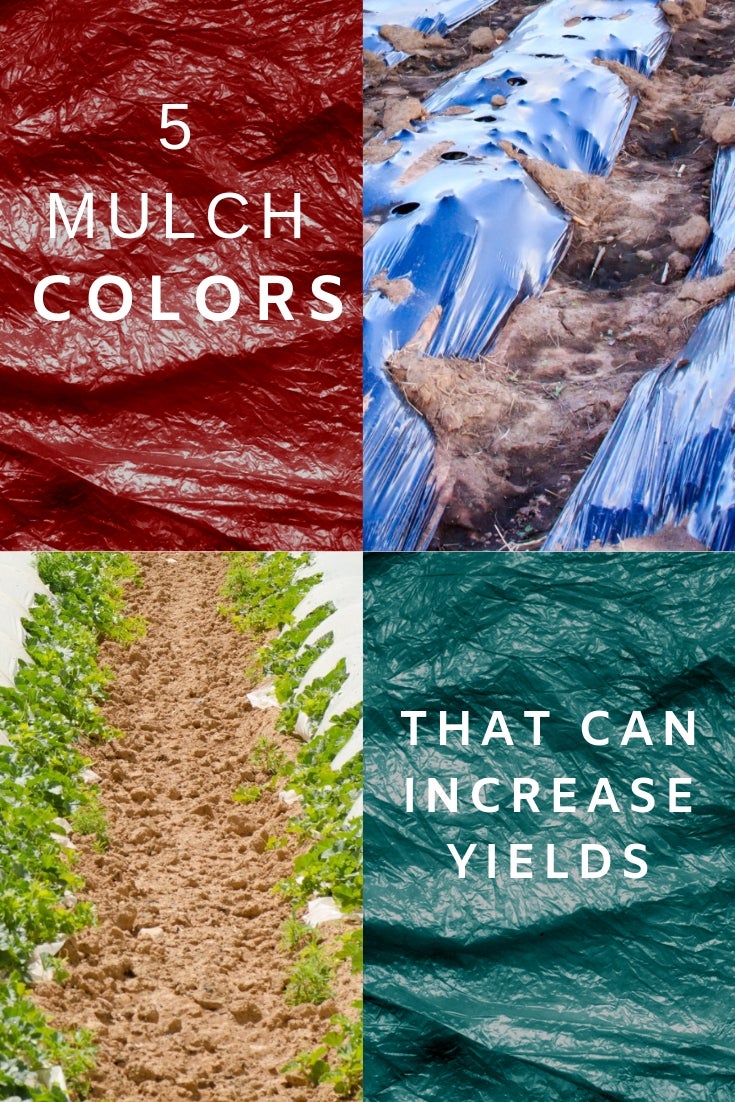 Most of us are familiar with bark mulch, that decorative and yet useful weed barrier and moisture conserver. Bark mulch comes in several hues, but there are also different colored mulches made from plastic that can increase yields. They do this by increasing soil temperature and focusing sunlight. These easy-to-use mulches also conserve moisture and help prevent weeds. The choice of color will depend upon what you are growing but there are clear, black, red, silver, white, brown, green and even blue mulch colors!

Gardeners in zones with short growing seasons and too few sunny days can really benefit from plastic mulches. Because they raise soil temperature, heat-loving plants will settle in more quickly and have much more rapid growth. Many are made of post-consumer materials, so you’re being a conservationist while bumping up your crop. With care, you can use plastic mulch for several seasons and some areas even have plastic mulch recycling programs. Below are 5 popular mulch colors that can help increase yields in the garden:

Red – This mulch is particularly useful for heat-loving fruit crops and herbs. Cilantro and basil will produce more leaves and get bushier with a red mulch. Tomatoes, peppers, eggplant, okra and strawberries will show their appreciation with bigger fruits and brighter color and flavor.

Silver – Silver is a curious tone that doesn’t seem to fit in with gardening. However, its secret is in its pest fighting capabilities. This color has been shown to be a wonderful deterrent against aphids and whiteflies, and in cucurbits, it reduces incidences of cucumber beetle damage. Silver also increases yields in peppers as compared to that of black mulch.

Green – At least green is a color commonly found in nature, but what does it do as mulch? In trials, green colored mulch was shown to enhance the ripening and production of melons. Make sure the mulch is IRT (Infrared Transmitting), however, for better results.

White – In areas with extremely hot temperatures, white mulch is used to keep soil cool around some plants, especially those early spring crops that bolt in high heat. These might include peas, cabbage, broccoli, kale, and cauliflower.

Blue – Strangest of all is blue plastic mulch. Blue is second only to red in its ability to raise soil temperatures. It also amps up production of summer squash, cucumbers, and cantaloupe.

Research is still going on with more colors of mulch. Orange, and especially yellow, show promise as production enhancers. However, yellow mulch seems to attract certain garden pests, most notably cucumber beetles. The evidence seems to suggest that plastic mulches have several beneficial impacts and are worth investigating as garden helpers.