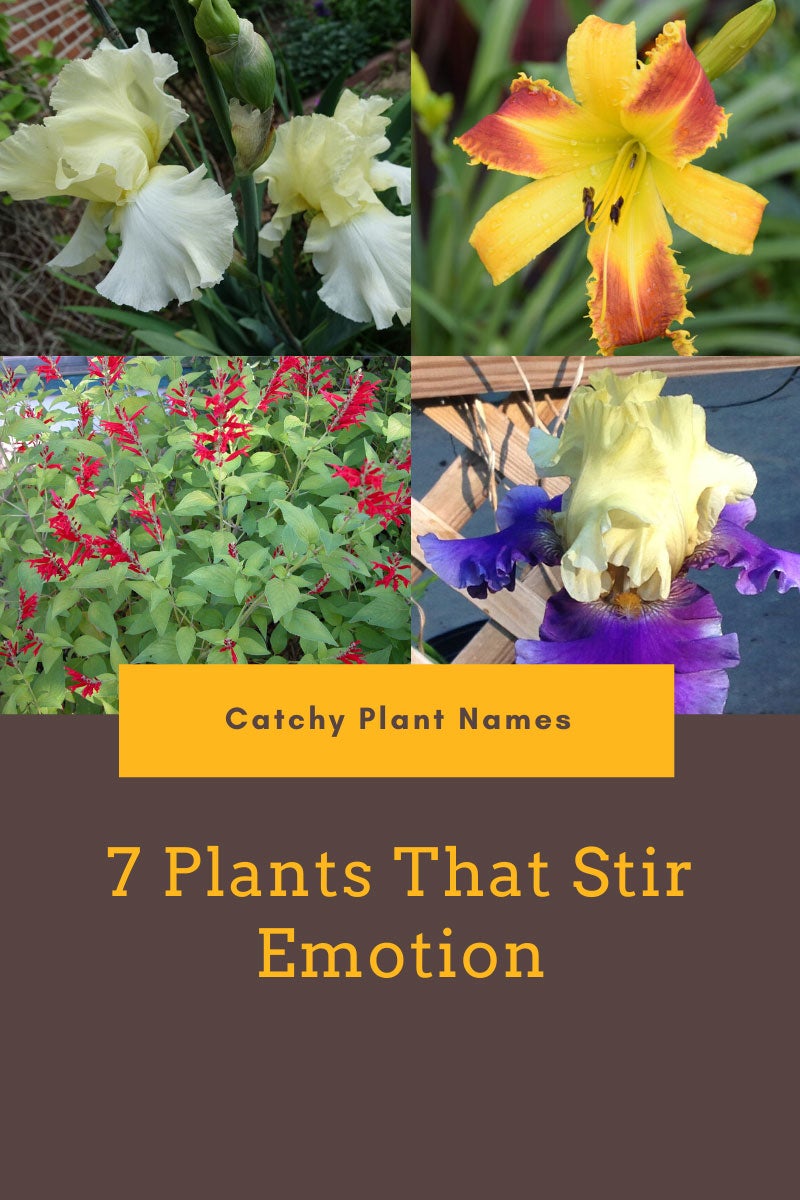 Did you ever see a plant with a name that conjured up something familiar to you, causing an emotional response to the plant? Of course, then you just had to buy it!

I think hybridizers try to come up with clever, catchy plant names for their new introductions, then other times they are named for a famous person/place/thing or someone in their own family. Some names are real duds like the iris ‘Clarence.’ What a lackluster name for such a lovely blue-violet and white flower. Hybridizer Lloyd Zurbrigg has cool names for his other irises, among them the white rebloomer ‘Immortality.’

If you’re on the prowl for some new additions for the garden, then plants that stir emotion in some way will surely fit the bill, provided they are hardy in your region. Here is a list of plants that struck an emotional chord with me when I saw the name, then clinched an impulse shop.

Printer Friendly Version
Read more about Top of the Crop
<PreviousNext>
Did you find this helpful? Share it with your friends!
FacebookTweetPinEmail