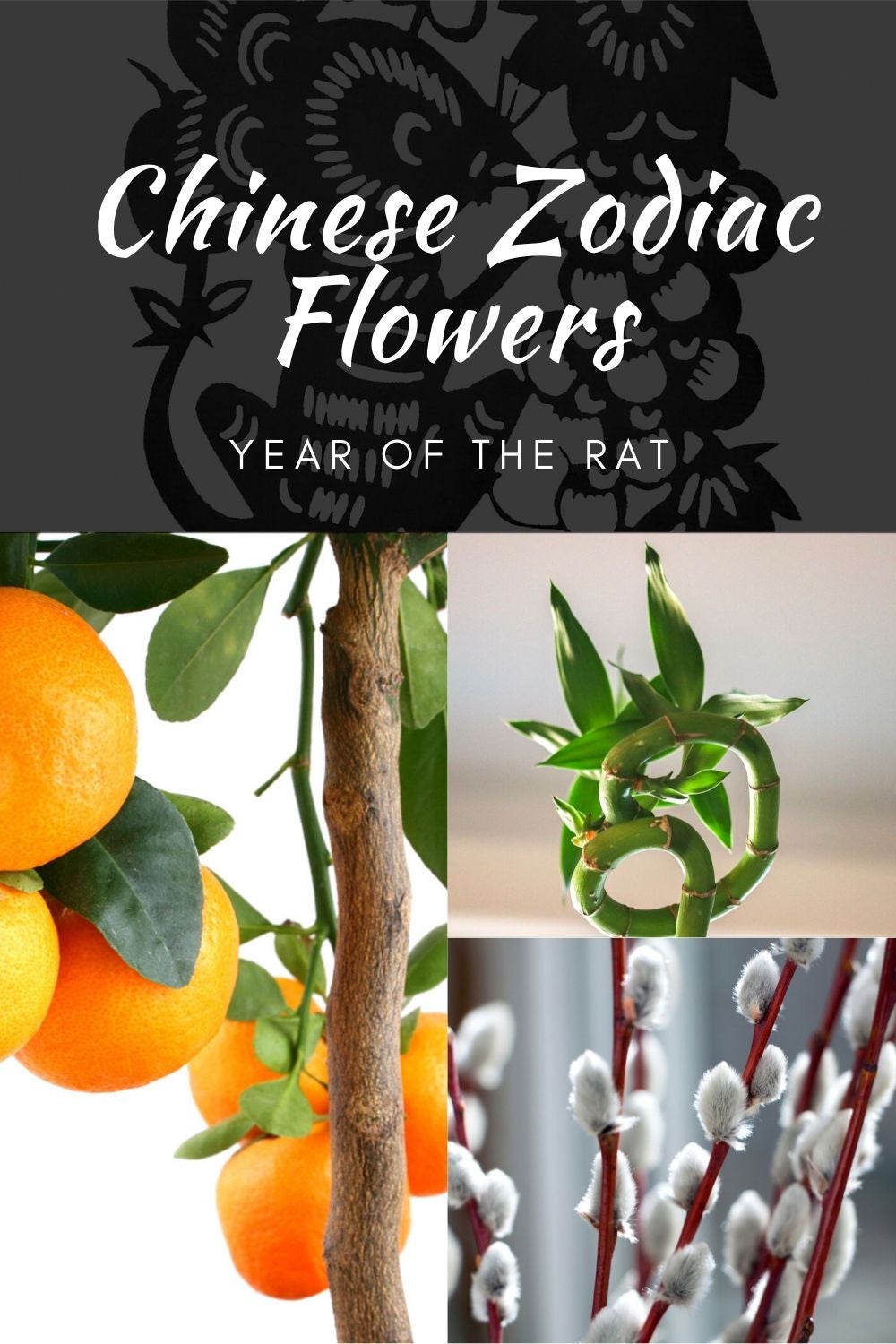 If someone calls you a dirty rat, that could be considered fighting words. But in a different context, being labeled a rat can be advantageous. In fact, in the Chinese zodiac, the rat is the very first of all the animals.

If you aren’t up on Chinese zodiac signs, every year “belongs” to an animal and people born in that year get their character and luck from that animal. It also assigns lucky numbers, signs and flowers to a person based on their animal year. Want more information on Chinese zodiac flowers for the year of the Rat? Read on.

Chinese Year of the Rat

How did an animal like a rat get to be have the first year? One myth states that the Jade Emperor said that he would determine the order of the animals by the order they arrived at a festival in his honor. The Rat asked the Ox to give him a ride but at the finish line, the Rat leaped ahead of Ox and arrived first.

Many people know the animal of the Chinese zodiac that rules their birth year, like the Rat, the Horse, the Snake, etc. But considerably fewer have heard of lucky flowers for your Chinese zodiac.

The Chinese consider some flowers and plants lucky for any and all, no matter your birth year. These include pussy willows, lucky bamboo plants and mandarin orange trees. But in addition, each animal in the Chinese zodiac actually has “lucky” flowers associated with it.

Those witty souls born in the year of the Rat can bring luck into their lives by surrounding themselves with certain Chinese zodiac plants and flowers. These include all types of lilies and African violets.

But if that’s not enough direction for you in terms of how to get luck, there’s more. Lucky numbers for those born in the Chinese year of the Rat? They are 2 and 3, while 5 and 9 are unlucky. Gold, green and blue are lucky colors while yellow and brown are unlucky.

So, are there any unlucky Chinese zodiac plants for Rats? Nope, there are only the lucky flowers, so you are free to grow any other plants or flowers you like, Rat-year people, without any impact, positive or negative, on your life.