Top 5 Desert Plants for the Garden 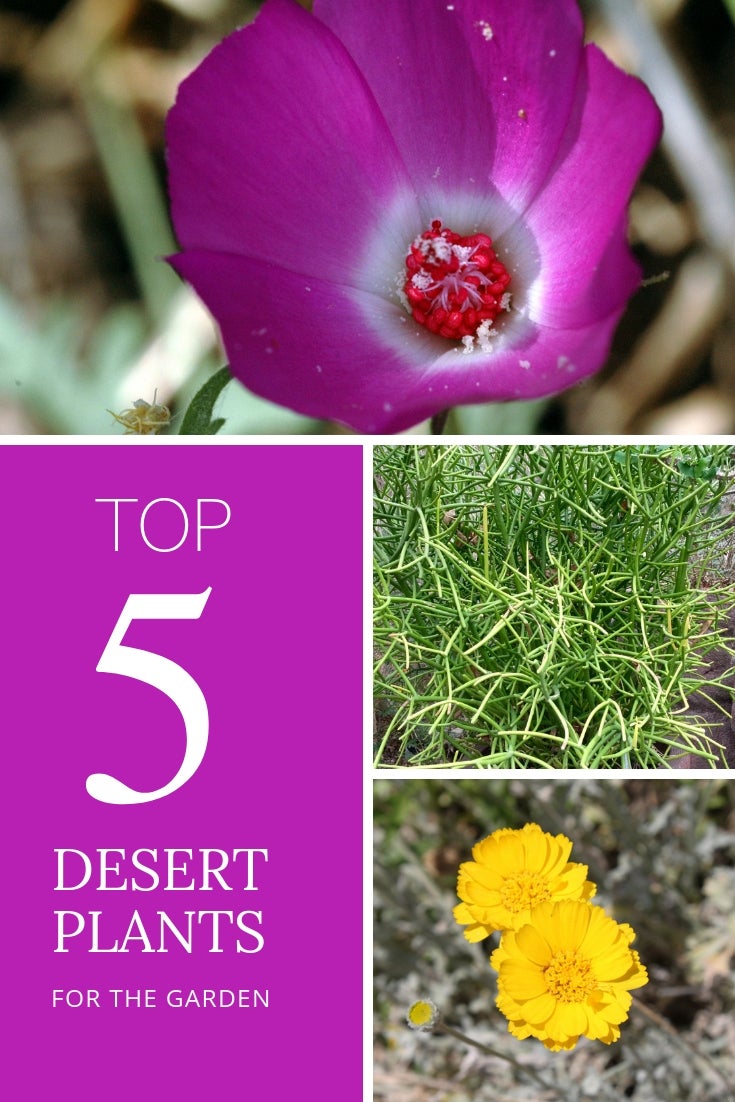 Desert plants that thrive in poor, dry, rocky soil have adaptations that allow them to withstand punishing sun and relentless heat. Although they have their own special beauty, desert plants usually aren’t good choices for a fertile, well-watered landscape.

Here are our top 5 desert plants:

1. Desert sage (Saliva dorii) – Also known as purple sage, dorr’s sage or mint sage, desert sage produces grayish foliage and spiky clusters of purple and blue blooms. Although it survives with no supplemental water once established, desert sage blooms best during the rainy season. Like many desert plants, the flowers remain on the plant, providing interest long after they wilt.

2. Desert marigold (Baileya multiradiata) – Native to the Southwestern United States and Mexico, desert marigold displays bare stems and wooly gray leaves, with bright yellow blooms that appear in spring and recur off and on until late autumn. Desert marigolds, which belong to the aster family, are often seen growing en masse along roadsides.

3. Pencil plant (Euphorbia tirucalli) – This is a tall, striking succulent plant native to South Africa. Pencil plant turns bright coral when stressed by poor soil, low temperatures or too little water, so many gardeners take advantage of this colorful trait by withholding moisture. Pencil plant, also known as firesticks or sticks on fire, is spectacular in mass plantings. Like most types of euphorbia, it exudes a sap that may burn skin and eyes.

4. Winecups (Callirhoe involucrata) – Also known as purple poppy mallow, winecup is a prairie wildflower that provides delicate, pale pink or purple cup-shaped blooms, each with a distinct white eye. The blooms, which open in the morning and close at night, appear throughout summer and into autumn.