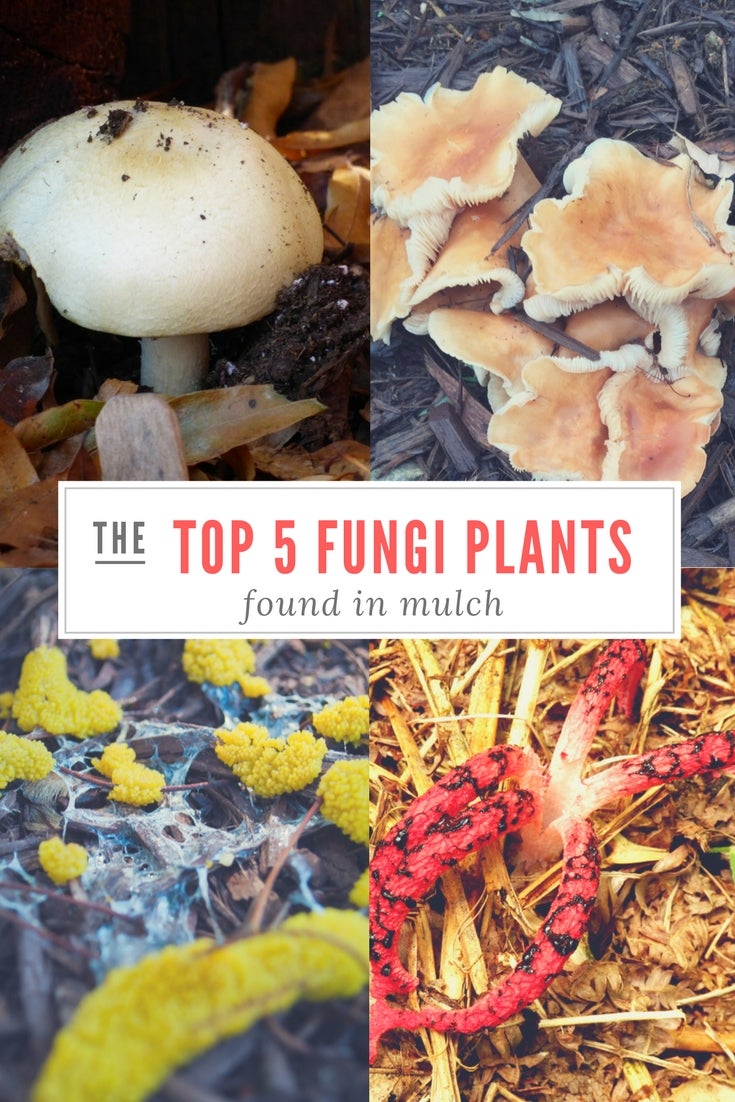 There’s a fungus among us and it could be lurking in a garden bed near you! Most of us have mulch of some type in the garden – and likely it’s of the natural kind such as shredded bark, wood chips or pine needles. But sometimes that natural mulch (organic) can be full of surprises”¦perfect environments for all manner of fungal growth. In fact, various types of fungi are a common presence in mulch-filled gardens, as these living organisms aid in the decomposition process. Here are the top 5 fungi found in mulch:

1. Mushrooms – Mushrooms don’t just pop up in the lawn; they’re everywhere! This is the most common and familiar type of fungus found in garden beds too. While you may recognize a mushroom as the classic umbrella-like shape with a cap and stem (think toadstool), you’d be half right. There are actually thousands of mushroom varieties, and these fungal fruiting bodies come in a variety of colors and sizes that may also include puffballs, jelly fungus, brackets and more. The presence of mushroom-like fungus in mulch simply means the area is rich in organic matter and normally nothing to worry about.

2. Stinkhorns – Stinkhorns are commonly seen in mulch and the first indication of their presence, other than the much defined reddish-orange color and wiffle-ball or octopus-like shape, is the odor. Yes, these fungal beauties get their name from the fact that they stink. Yet, there’s a purpose for this unpleasant odor – to attract flies. They’re not a threat, they don’t harm plants and they won’t cause disease. In fact, their presence means organic material is breaking down, providing additional nourishment to surrounding plants. Once their job and lifecycle is complete, they will go away on their own.

3. Slime molds – Slime mold growth is usually confined to small areas in damp mulch or old, rotting logs. It easily recognized by its color, which may be bright pink, orange or yellow, and its frothy-like texture, similar to vomit. In fact, this is the reason for slime mold’s common name of “dog vomit” fungus. As with mushrooms and stinkhorns, slime molds don’t pose any harm to the environment or your plants. While perhaps a bit unsightly, the organism is actually helping by cleaning up pathogens and bacteria that could cause harm and, they too, will eventually go away on their own.

4. Artillery fungus – Artillery fungus feels right at home in cool, moist mulch. While it resembles a tiny cup with a black egg in the center, the sticky spores within that so-called egg eventually burst and are then windblown at considerable heights and distances – sticking to the side of your home, your car, or other surfaces. In fact, the name itself is derived from the Greek word for “spear thrower” because of its ability to propel these spores at such long distances. Although artillery fungus causes no real damage, it is unsightly and difficult to remove.

5. Bird’s nest fungus – Bird’s nest fungi look exactly like their name suggests – tiny bird nests with eggs in the center. As with the majority of naturally occurring fungi, they aren’t dangerous to plants and help break down organic matter in the garden. You’ll most commonly come across bird’s nest fungus in gardens located in moist, cool sites and primarily during fall, when these conditions are most prevalent.

Not all mushrooms or fungi are bad. Most are only there to break down organic matter while others may even consume bacteria and other organisms living in the mulch. Since they’re not harmful your plants, just leave them be to do their jobs. In the meantime, pull out the camera and snap a few pics – if nothing else, they are interesting to look at.