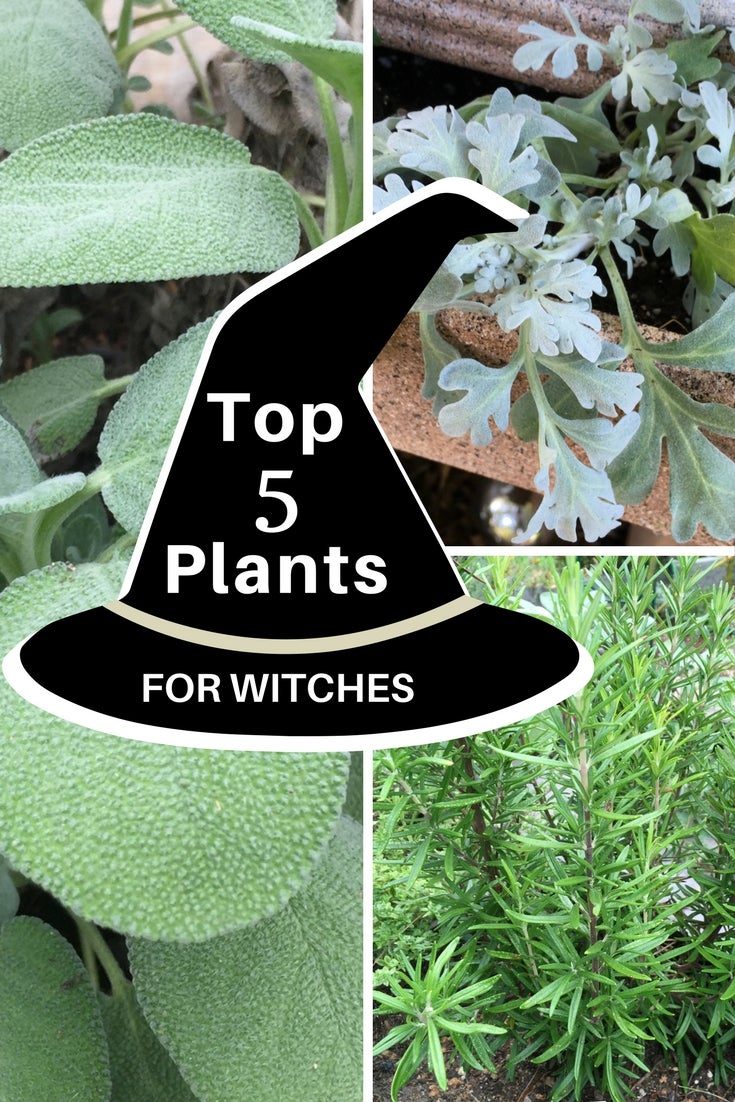 Image by Nikki Tilley, via Gardening Know How

Witches get a bad rap. Most are just nature worshipping individuals who have a close relationship with plants and animals. Witches in the Wiccan religion revere wild things and use plants and minerals that are provided by the earth in their rituals. In so doing, witches are paying honor to the Spirit of the One. Plants play an extremely important role both in observance of the religion but also in healing and teaching practices. Some of the most frequently used plants for witches are:

1. Rosemary – This common herb has both culinary and magical uses. The plant can also be used to repel bugs, as a dye, in cosmetics and medicinally. The fresh scent has aromatherapy properties and can be used as a sachet or in incense. Rosemary is easy to grow, producing evergreen small shrubs that develop beautiful purple flowers that attract pollinators. The plant’s magical attributes are said to be useful as a love spell, protection, and as an aphrodisiac.

2. Mugwort – Also known as Artemisia or wormwood, the plant has a history of use regulating menstruation, as an antiseptic and to calm the digestive system. Young shoots and leaves can be used in recipes and dried leaves and flowers make an interesting tea that may help in the digestion of fatty foods. In magic, mugwort enhances divination and psychic dreaming. If leaves are placed in shoes, they supposedly ward off fatigue on long journeys. The plant is bushy and has grayish green, feathery leaves and panicles of tiny daisy-like yellow flowers.

3. Sage – Not only would Thanksgiving taste different without sage, but the herb has been used for medicinal uses before medieval times. The bright flowers are gorgeous and the shrubby plant has softly gray-green leaves with a downy feel. When dried and “smudged,” it can ward off evil and is part of traditional cleansing ceremonies. The plant has anti-inflammatory properties and may help fever and as a diuretic. It was once used to cure snakebite and palsy and also enhances memory and cognition.

4. Mint – Mints, especially peppermint, feature prominently in magical rites and spells. The plant is very easy to grow and will take over the garden plot if not controlled. In cuisine, it adds aroma and flavor to beverages, desserts, baking, and is a common ingredient in East Indian, Asian and Mediterranean foods. Mint aids in digestion and calming the stomach, and is used in aromatherapy for a host of healing purposes. The scented oils in the leaves and stems repel some insects, but their essence is a pleasure in the home, both as an air freshener and in some cosmetics. The pungent oils can relieve fatigue in muscles and joints when used topically. It is used in magic to draw money, ward off evil, lure love and enhance wellness.

5. Lavender – The scent of lavender is unmistakable and is widely used in cosmetics, cleaning products and other household items. It is also an astoundingly lovely landscape plant, with spikes of vibrant purple flowers and green to bluish-gray leaves. Like many herbs, the natural oils are said to repel some insect pests. Both the oils and dried flowers have soothing properties and are commonly used in aromatherapy. Medicinally, the plant reputedly aids digestion and has antiseptic properties. In the witch’s garden, it may be part of protection rituals, used to enhance clarity, encourage fertility and bring love.

Tell us what you think: Leave a comment
20 people are already talking about this.
Printer Friendly Version
Read more about Top of the Crop
<PreviousNext>
Did you find this helpful? Share it with your friends!
FacebookTweetPinEmail

Image by Nikki Tilley, via Gardening Know How