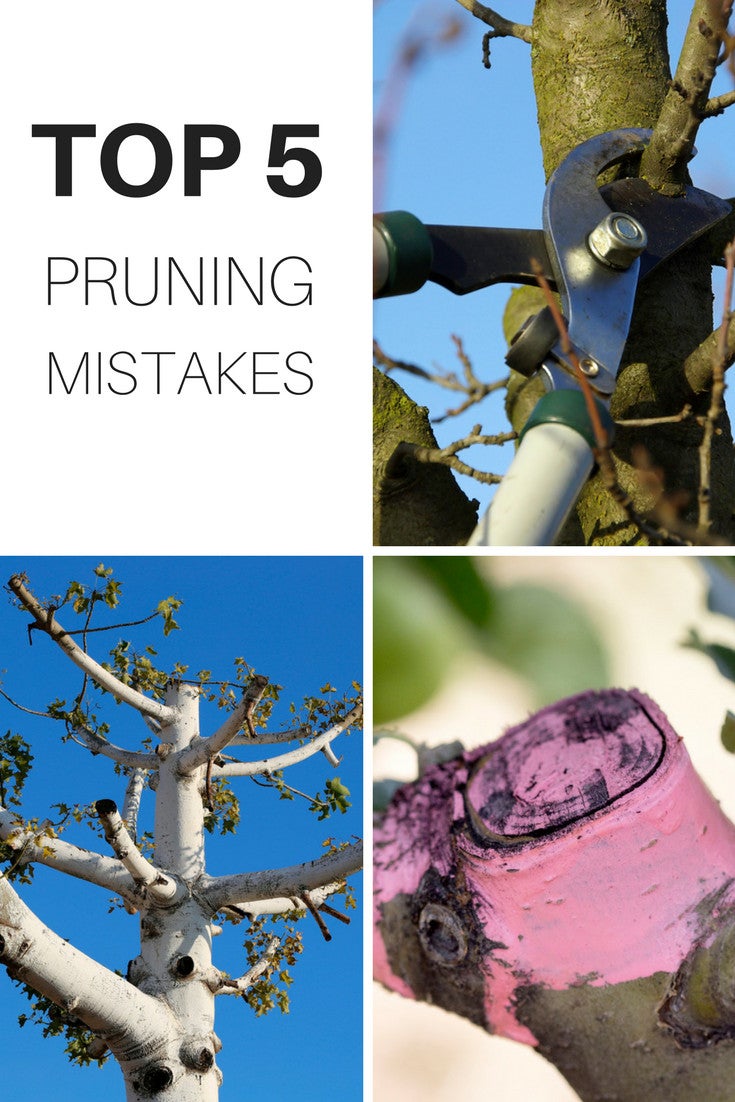 They say that the only difference between a bad haircut and a good haircut is two weeks, but that doesn’t apply to improper and inappropriate tree pruning. Mistakes made today may impact your tree, and your garden’s beauty, for years to come. But don’t worry. Here’s a list of the Top 5 pruning mistakes gardeners frequently make. All you need to do to stay on the right side of Mother Nature is to avoid them.

1. Bad timing. Wouldn’t it be nice if there was a simple rule that all pruning should take place at the end of October or in the week between Christmas and New Year’s? No such luck. The best and worst times to prune vary among species and varieties (even location). Consider hydrangea pruning, for example. Half of the varieties bloom on new wood, the rest on old wood. You can prune the former in spring, but try that with the old-wood bloomers and you’ll snip off all of the blossoms that would have decorated your summer garden. When you prune is very important. Your best bet is to ask at your garden store or look it up online.

2. Topping. You picked the wrong tree for your little garden, and now it’s towering over everything, casting shade and elbowing out your shrubs. You may be tempted to just take off the top third and bring it into proportion. Don’t. Topping is bad anyway you look at it. The tree will sprout abundant new growth right below the pruning cut, and all its grace and balance disappear. The large wound can also rot or attract pests or disease.

3. 30% rule. If you buy a property with trees or bushes that haven’t been trimmed in decades, you’ll need to do a major pruning. But don’t go too far too fast. You should never prune out more than 30 percent of a bush or tree’s canopy in any given year. More may need to be trimmed out the following year, but the plant needs time to recover.

4. Making cuts flush with trunk. When you are doing annual pruning, you’ll occasionally need to remove entire branches from a tree or shrub. When you do so, prune just beyond the branch collar. This encourages the wound to heal. If, instead, you make the cuts flush with the trunk, the wound has a hard time healing over. It is likely to damage the trunk and leave an indented and unattractive scar.

5. Forget the wound healer. Not that long ago, garden experts advised putting tar or wound paste on pruning cuts. This, it was said, would keep out infections and promote rapid healing. However, this has now been disproved. Plants heal on their own far better than with any kind of tar or paste, so don’t apply any wound dressing.