Boosting Your Pawpaws with Organic Fertilizer 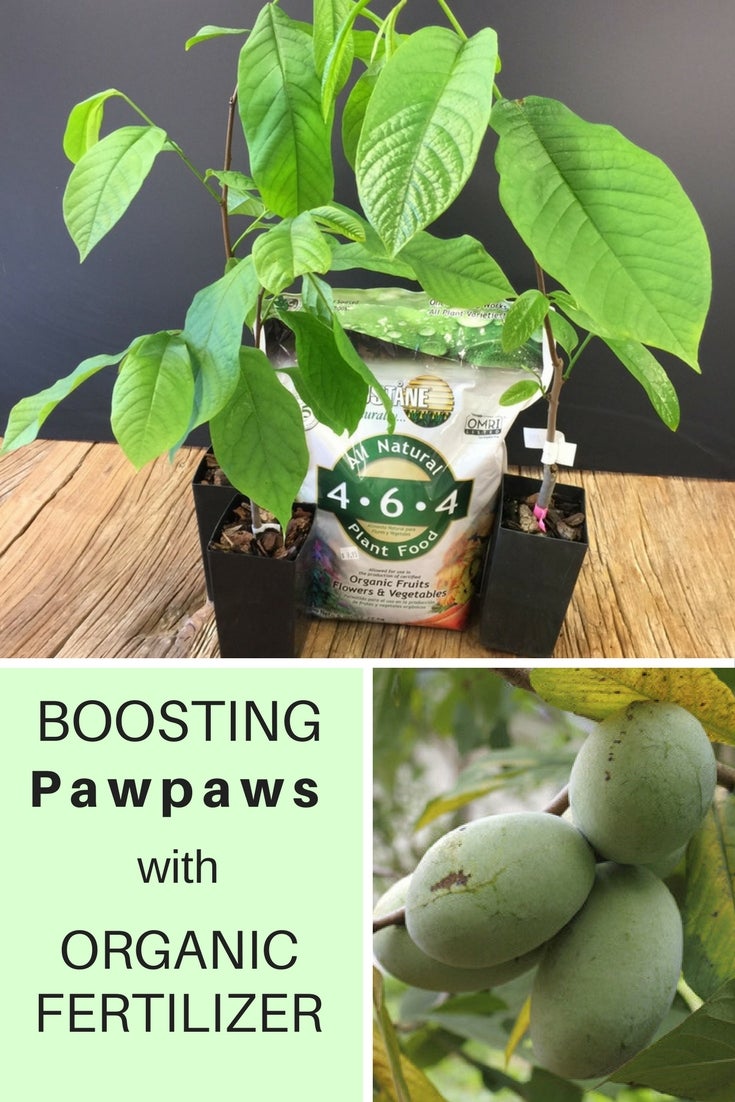 Image by One Green World

If you’re a devotee of the pawpaw, you’re not alone. Until fairly recently, pawpaws, which are native to eastern North America, were the province of folks living in that region or where the plant had naturalized. Since I’m from the Pacific Northwest, I might never have encountered this delicacy. That is, until a summons to a family reunion reached me. Who doesn’t like a trip to hang with the relatives? It was my cousin who introduced me to the pawpaw on a kayaking trip down the Potomac River. A Maryland native, she’d been eating this fruit plucked fresh her whole life and seemed stunned that I had no idea what it was.

The texture was sublime, creamy and custard-like with a flavor like an ensemble of tropical fruit with banana playing the bass. In fact, the resemblance to other tropical fruit isn’t too astounding, as pawpaws are distant relatives to the cherimoya, atemoya, guanaban, and soursop. So here we have basically our own tropical fruit, native to North America! Okay, it’s not actually tropical, but rather the only member of the Annonaceae or custard apple family that has adapted to our temperate regions.

Post family reunion found me at the keyboard, googling pawpaws. I was hungry for more, literally. I found out that Native Americans spread the fruit across the eastern U.S. into eastern Kansas and Texas and from the Great Lakes almost to the Gulf. Turns out that Thomas Jefferson had a thing for pawpaws and grew them at Monticello. Lewis and Clark mentioned their fondness for pawpaws in their journals and when provisions ran low in 1806, relied on the fruit to sustain them. Oh, and on the note of sustenance, turns out that pawpaws are rich in healthy minerals such as magnesium, zinc, iron, copper, and manganese along with amino acids; delicious and nutritious! Now how do I get some?

I found a website from One Green World that looked promising. Reading further I got downright excited. The offer here was for not one but three types of pawpaw, a pawpaw tree bundle with free fertilizer thrown in no less!

Enough pawpaws to tantalize all my Pacific Coast friends and all for a very low cost, especially when you account for the free 5-lb bag of Sustane 4-6-4 all organic fertilizer. Best of all, this fertilizer minimizes soil erosion while replenishing it with a rich supply of humus (organic matter) derived from biologically stable compost as well as natural potash and feathermeal, along with other essential nutrients needed for optimal growth. Pawpaws normally need feeding every few weeks throughout the first growing season. So the free Sustane organic fertilizer will definitely come in handy for that.

Pawpaws are hardy to USDA zone 5 (hardy to -20 F.) and that includes me. They are naturally disease and pest resistant, turn a brilliant yellow in the fall and can even be grown in a container. The plants only reach 12-15 feet in height so will be easy to harvest as well. Plant the trees in well-draining soil, give them at least half a day full sun, and water adequately. Oh, and pack a little patience. Young trees won’t produce fruit until 2-3 years after planting. I can wait, but in the meantime, I’m going to check out One Green World’s other fruiting tree options”¦maybe a fig, or a loquat, etc.

The above article was sponsored by One Green World. The information contained in this article may contain ads or advertorial opinions.
Tell us what you think: Leave a comment
Printer Friendly Version
Read more about Garden Trends
<PreviousNext>
Did you find this helpful? Share it with your friends!
FacebookTweetPinEmail

Image by One Green World