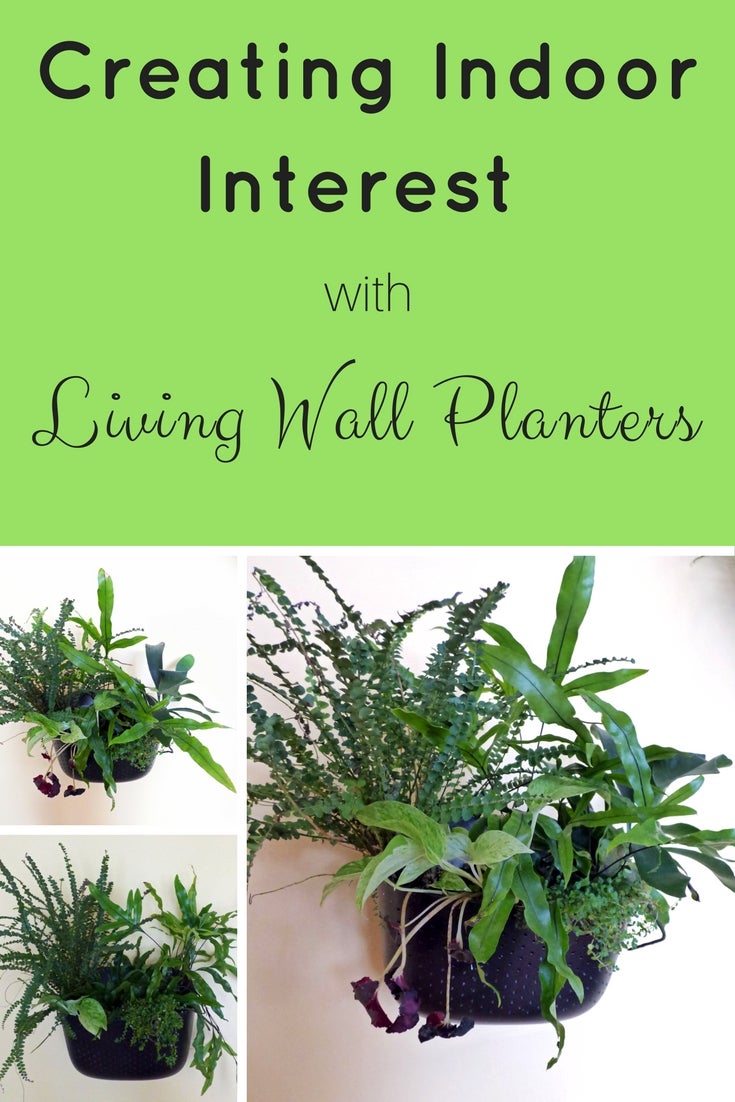 For as long as the company has been in existence, I have wanted to try Woolly Pockets. But it was always one of those gardening products that I would mean to buy but would forget about. So, when a representative for the company emailed us here asking if someone on staff would review their product, I jumped at the chance.

While I had always thought I would use Woolly Pockets on a fence in my outdoor garden, my samples of Woolly Pocket products arrived in the dead of winter. And as Gardening Know How’s headquarters are located in Cleveland, that meant that there would be no using them outside right now. But the representative from Woolly Pocket said that their new line of planters could be used indoors with no problems. And I had just the perfect spot to put them.

In my dining room, there is a massive bay window and directly across from that window was a starkly bare wall. I had been looking for the perfect item to put on that wall and the Woolly Pockets Living Wall Planters were that perfect item. The bay window will provide plenty of light and the plant filled Living Wall Planters would add a unique interior decorating touch to that large blank wall.

And then I ran into my second problem. Apparently in winter, most stores feel that the only houseplants anyone might be interested in are pothos, ivy and succulents. And while these are fine houseplants, I wanted something a little more interesting for the planters. After searching for several weeks, I finally found a small family nursery that maintained a lovely selection of houseplants year round.

And with that, I had all I needed to get started. First order of business was to paint the planters. The ones sent to me originally came in white and, if I was putting them outside, I would have left them unpainted. But as I was planting them inside, I wanted something that would blend with my dining room a little better. So I painted them with a plastic primer followed by a coat of oil rubbed, bronze colored paint. 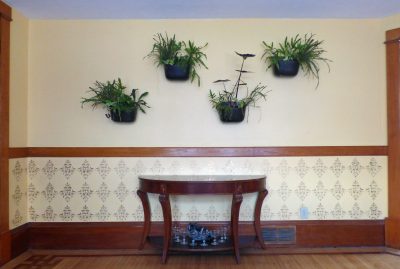 Then I asked my ever handy and helpful husband to hang them on the wall. I have to say that this is where the industrial design of the Woolly Pocket Living Wall Planter becomes pretty impressive. The planter did not come packaged in a box. Just a simple paper wrap that had the instructions. And the planters all stacked neatly and efficiently together. Everything you need to hang the planter is locked into the base of the planter. You just pop out the anchors, screws and wall bracket and then flip the reservoir wall around and the planter is ready to go. This design minimized the packaging so that not only was there less waste material to go into the trash, I imagine it also makes these planters very efficient to ship, which means less fuel spent as well. Very environmentally friendly, which is something nice to see in a gardening product.

-placead- planters attached to the wall easily (i.e. with no curse words coming from my husband while he hung them) and looked great. So it was back to me to finish planting them.

The planters are easily removable from the wall. They simply slide onto a bracket that is affixed to the wall with an anchor and screw. The really neat thing about the Living Wall Planter is the way it stores and holds water. Holes in the front of the planter ensure that the soil does not become too swampy, while at the back of the planter, hidden behind the plants is a reservoir well that holds water and makes watering easy. Even when I accidentally overfilled one of the planters, the water did not gush out, but rather slowly dripped out the holes in the front. The slow drip instead of the normal gush you would get from a typical planter meant I had time to get a towel to place under it and not once did the water touch the walls.

Overall, I really did not have anything bad to say about them. They are great. They were all I had hoped for and did create a very nice visual in my dining room with very little hassle.

The above article was written in exchange for free product from Woolly Pockets. The information contained in this article may contain links that lead to the advertiser’s website or products.

Printer Friendly Version
Read more about Garden Trends
<PreviousNext>
Did you find this helpful? Share it with your friends!
FacebookTweetPinEmail