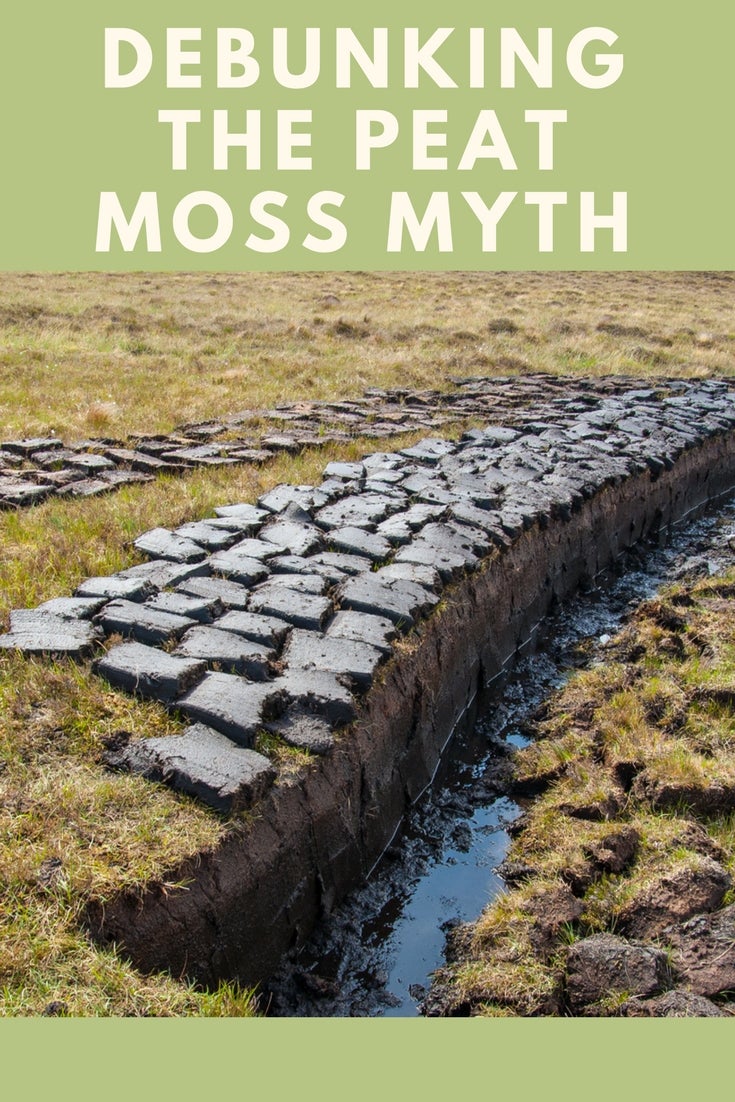 Widely used by gardeners around the world, peat moss is easy to use, relatively inexpensive, and readily available in any garden center; and because it’s highly acidic, it’s beneficial for adjusting the pH of alkaline soil. That’s the good news. The bad news is that in spite of what you’ve been told, peat moss is anything but healthy for gardens, and for the environment in general.

A genus of moss consisting of at least 125 different species, peat moss grows primarily in peat bogs located in chilly northern climates of the United States, Canada, Scandinavia and Norway. The moss lives on top of the water, gradually dying and sinking to the bottom of the bog, where it slowly decays. Bogs can contain several feet of peat moss, but the nutrient-rich upper layers are more valuable than the older moss deep in the bottom.

So what’s not to love about peat moss? Peat moss provides natural anti-microbial qualities, which is great if you want to store your dahlia or glad bulbs for the winter. Otherwise, killing off natural microbes in the soil makes it very difficult to grow a glorious flower garden or a bounteous crop of healthy vegetables.

The problem is that healthy soil contains millions and billions of busy, microscopic microbes that decompose plant matter, suppress pathogens, reduce erosion and runoff, prevent soil compaction, and make nutrients more available to plant roots. On the other hand, prohibiting microbial growth actually allows harmful pests and diseases to breed like crazy with no beneficial microbes to keep the bad guys in check. Unlike microbe-rich compost, peat moss is low in nutrients, and as it decays, it squeezes out many of the tiny air pockets in the soil, making it hard for roots to breathe and expand.

Peat bogs take up only a small fraction of land on planet Earth, but they capture huge amounts of harmful carbon from the atmosphere, thus helping slow the progress of global climate change. The bogs are so important that many countries have placed restrictions on peat mining, although it’s too late for countries like New Zealand and England, where most peat bogs have already been destroyed.

Peat harvesters claim that peat bogs are sustainable, and it may be true that they return to some level of repair in around 10 years; however, scientists say it may take a century or more before these delicate environments return to a fully functioning wetland habitat. Others think the damage is irreparable, and that the original level of biodiversity is lost forever.

So what’s a gardener to do then? Check out some of the growing media products from PittMoss. They have lots of options available for producing those lovely garden plants we cherish so much, all while creating a rich, healthy soil environment.

The above article was sponsored by PittMoss. The information contained in this article may contain ads or advertorial opinions.
Tell us what you think: Leave a comment
2 people are already talking about this.
Printer Friendly Version
Read more about Garden Trends
<PreviousNext>
Did you find this helpful? Share it with your friends!
FacebookTweetPinEmail