Fruit Protection and the Easy Way to Place Nets 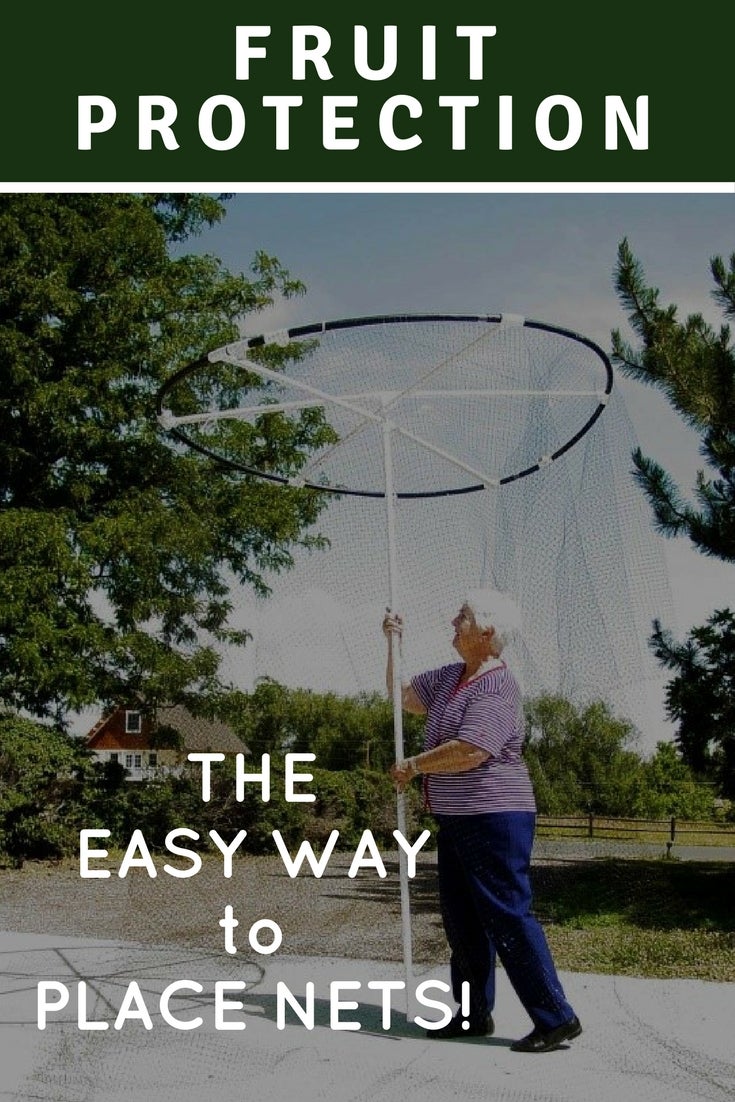 Most of us with backyard fruit trees don’t mind sharing some of our efforts with the birds.  The Biblical idea of gleaning would be ideal.  They could help themselves to the unripened left-overs after we have completed the main harvest and are ready to enjoy fresh cherry pie and have a few packages in the freezer.

But when the robins strip the trees clean before they ripen, and then sometimes express their thanks with droppings on the picnic table, that’s a bit much.

Most of us don’t have the machinery to explode propane at frequent intervals like commercial orchards, nor neighbors who would allow such.  Most of us have tried hanging streamers, CDs or placing plastic owls to no avail.  And our cat, Tom, refuses to stand guard at the trees despite his taste for fresh birds.

And later in the season, squirrels sample the peaches with a bite out of each before they are fully ripe, dropping it to the ground.  Poor manners, indeed!

I observe many providers of tree netting to protect fruit from birds and squirrels, but they don’t have good means for placing and removing the netting.  Those of us with backyard cherries and peaches don’t have a team of NBA players available to raise and drop the netting, and then to raise it and untangle the branches after harvest.  Some years ago I invented and patented a simple solution for this problem, a Netbrella that can be assembled with special plastic pipe parts and additional polyethylene and PVC pipe available at local hardware stores.  The photo shows my wife carrying the completed Netbrella.  The netting is just dropped down after the pole is tied to the tree trunk, anchored to the ground by wire staples or rocks. The Netbrella holds the netting above the tree limbs.  Removal involves folding the netting in thirds onto the top of the wheel, detaching from the tree, and storing.

The above article was sponsored by Netbrella. The information contained in this article may contain ads or advertorial opinions.
Tell us what you think: Leave a comment
2 people are already talking about this.
Printer Friendly Version
Read more about Garden Trends
<PreviousNext>
Did you find this helpful? Share it with your friends!
FacebookTweetPinEmail