Horticulture – what are the three main areas? 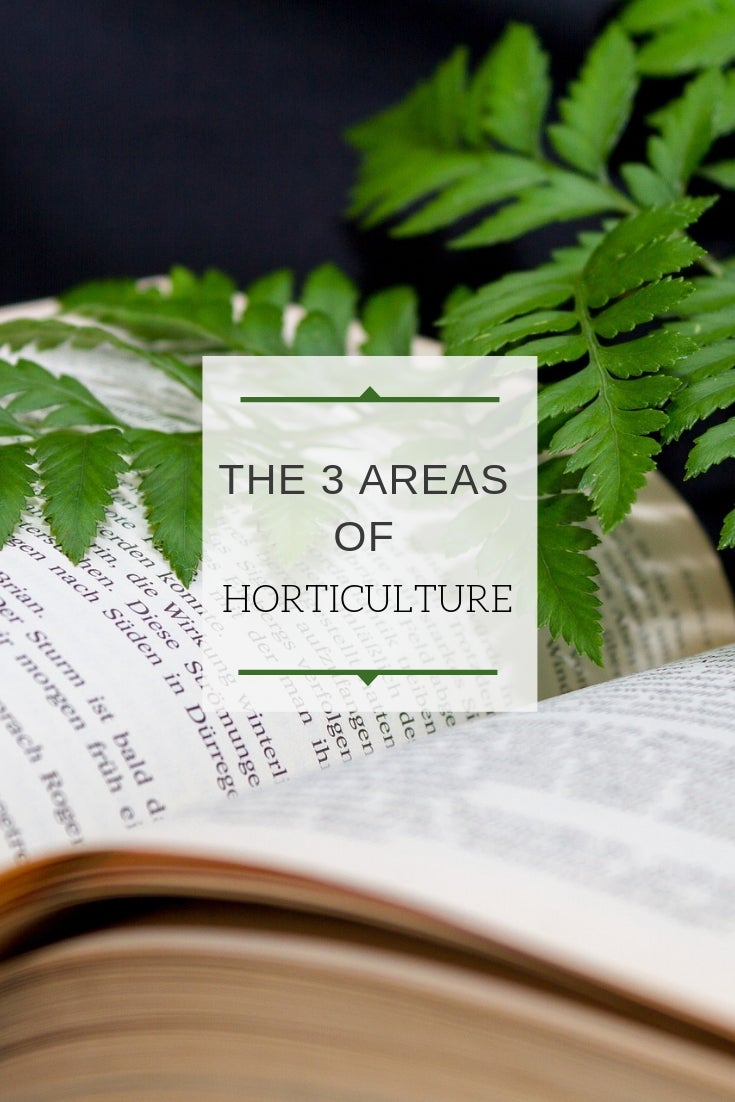 Horticulture involves the use of plants for beauty, comfort and food. It comes from the Latin for garden culture. It’s possible to train in horticulture and be an expert in how plants are used, grown and harvested. It’s an interesting aspect of modern culture, when you consider how much we rely on plants for pleasure and survival.

You can find out more about training in horticulture here. The aim of this article is to give you a brief introduction to the three main areas of horticulture.

As you might expect, ornamental horticulture is concerned with plants that are grown for their beauty. This can involve the growing of plants both indoors and outdoors. The color green is obviously a regular feature of this type of horticulture which is why it’s often referred to as the green industry.

Pomology covers the same processes as covered by olericulture, except relating to fruit and nuts. The pomology industry is hugely important, as these types of food are vital to the health of the population. At a time when there is greater emphasis on eating less meat and more plants, nuts and fruits supply many of the nutrients that are essential for healthy living.

If you want to know more about horticulture, it’s a fascinating field of study. It’s a fairly intensive subject that often focuses on how we can grow plants in the most environmentally friendly manner possible.

Anyone wanting to study horticulture will normally have a scientific background, as the coursework involved usually includes aspects of biology, chemistry and soil science. For anyone who wants to take their knowledge and run a horticulture business, it’s also necessary to study aspects of communications and business. Horticulture courses normally consist of a combination of laboratory work and hands-on experience.

All aspects of horticulture are important to the human race and the planet. Growing plants improves the appearance of the environment around us, helps to prevent soil erosion and provides us with a healthy food source. It’s likely that we will move further towards a more plant-based diet in the future and that horticulture will become even more important.

The above article was sponsored by Courses.com.au. The information contained in this article may contain ads or advertorial opinions.
Tell us what you think: Leave a comment
Printer Friendly Version
Read more about Garden Trends
<PreviousNext>
Did you find this helpful? Share it with your friends!
FacebookTweetPinEmail