No Fuss, No Muss Year Round Composting 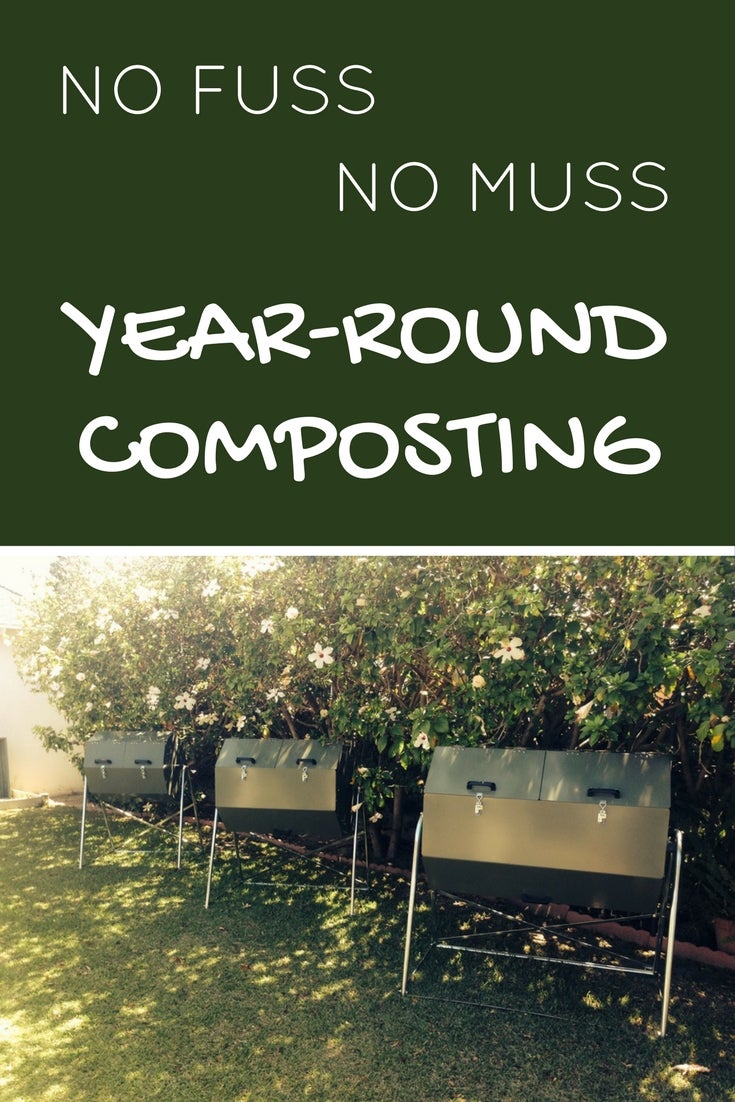 Composting is becoming more commonplace but, even so, food scraps are the number one material sent to landfills. This is probably because many folks think that traditional composting is too much work and too time consuming. Also, in some areas, chilly temperatures and snow make traditional composting year round impossible. And let’s not discount the small percentage of folks who are just to, ahem, lazy to bother with composting at all.

While it’s true that a traditional approach to composting requires some commitment and dedication, plus some space and labor, new innovations in composting have made it more approachable and easier to use. One of the biggest innovators in composting is the Swedish company Jora, founded by Jonathan Ramious. Jonathan was committed to creating a composter that could be

even during the six months of harsh, freezing temperatures found throughout Sweden.

In 1989, he did just that, creating a rolling tumbler with two separate chambers, built of heavy duty galvanized steel able to withstand the harshest of Swedish winters. But he didn’t stop there. Jonathan also insulated the composter with high density food grade insulation, which enabled the composter to maintain high enough temperatures to compost nearly any type of food waste. With two chambers, you can keep a constant batch of compost “cooking.” The unit is set on a tall stand so there’s no need to bend down and is designed for ease of rotation. Each chamber has its own secure lid, which minimizes odors and keeps rodents out.

Not only is this the easiest, cleanest, composter available, but the unique insulation feature allows the heat to build to over 160 F. (71 C.). The high temperatures reached due to the insulation, make is possible for people to compost those otherwise “uncompostable” scraps. Traditional composting often doesn’t get hot enough to break down proteins like meat, chicken and fish. The Jora composter, however, reaches temperatures hot enough to compost not only those items but even citrus peels and bones, and all within a month to 6 weeks!

How is that possible? The tumbling action allows air into the composting scraps, providing the necessary oxygen for microorganisms that are busily breaking down the food waste. This composting process generates heat, and the insulated chamber is able to contain that heat, enabling the entire composting process to become faster and more efficient.

Since the heat is coming from the microorganisms, and not from the sun or outdoor temperatures, it can be placed anywhere in the landscape, and your garden composting can continue throughout the year even in the dead of winter since the Jora composter maintains its heat inside the chamber due to its innovative insulation. It’s really quite a sight to behold as the composter sits in a couple feet of snow and then, when opened, steam comes out.

Now the entire process of composting an easy, mess free, year-round possibility so that people can compost more waste in a shorter period of time, thereby reducing the amount of waste going to landfills and providing the garden with nutrient rich compost. There’s really no excuse NOT to compost anymore – anywhere, at any time, year round.

The above article was sponsored by Jora Composters. The information contained in this article may contain ads or advertorial opinions.
Tell us what you think: Leave a comment
Printer Friendly Version
Read more about Garden Trends
<PreviousNext>
Did you find this helpful? Share it with your friends!
FacebookTweetPinEmail