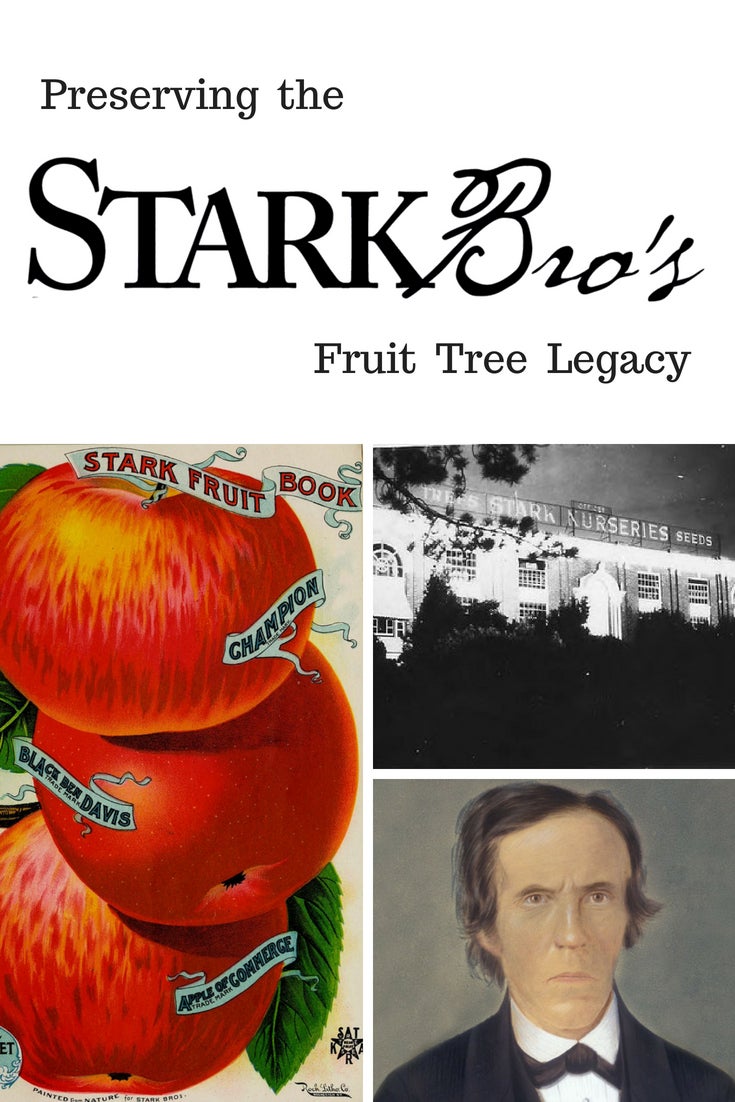 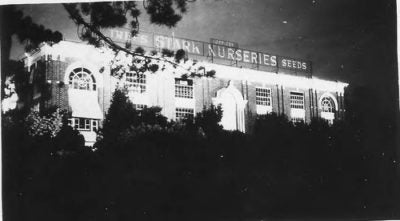 Stark Bro’s is the oldest continuously-operating fruit tree nursery in the world. The company’s founding dates back more than 200 years, to 1816. The Stark name has long been associated with fruit trees, and has a long and distinguished history of providing Americans with high-quality trees of all types. As growing food in the personal garden becomes more popular, the idea that every yard should have its own fruit tree isn’t that far-fetched. 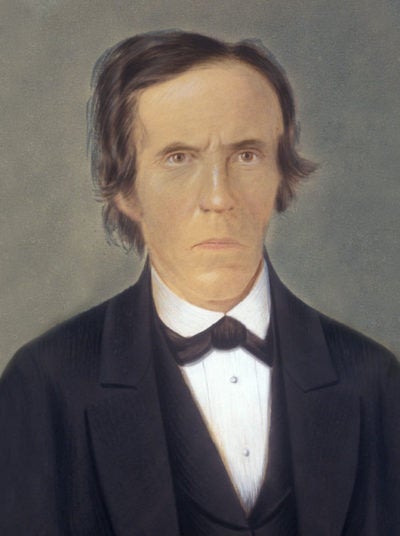 The history of Stark Bro’s Nurseries & Orchards Co. begins with James Hart Stark, a pioneer and apple grower who settled on the banks of the Mississippi. The tree scions he brought with him would become the ancestors of many of those grown at the nursery today. Stark was expert at grafting trees and producing newer, better varieties. His nursery really took off when railroads opened up travel and trade, and soon the Stark name was known across the country in association with fruit trees. 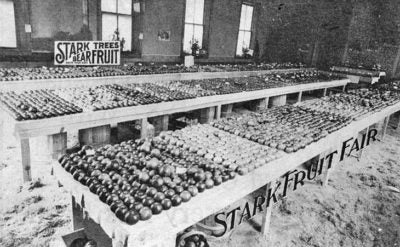 In the late 1890s, Stark Bro’s was thriving. Clarence Stark discovered an interesting new apple variety during the company’s International New Fruit Fair, and recognized it as a winner. Buying the rights to it, Stark Bro’s introduced the world to the Delicious apple (which eventually became “Red Delicious”). In 1916, the Starks discovered the Golden Delicious apple; it is from these two varieties that the majority of the world’s apples are descended.

During the Great Depression of the 1930s, Stark Bro’s was responsible for providing thousands of door-to-door sales jobs. This not only helped employ people, but it also brought fruit trees to more yards so struggling families could grow their own food.

After a rough patch in the 1990s, the Stark family sold the company to a catalog conglomerate that went bankrupt several years later, which would have been the end of Stark Bro’s. The only chance of saving it was to save the field crops, which a small group of dedicated Stark employees and volunteers took it upon themselves to do. The company was thankfully bought out of bankruptcy in 2001.

Now family-owned once again, Stark Bro’s is dedicated to continuing the legacy that began more than 200 years ago. The company wants to bring the joy of growing one’s own food to every person in America, with high-quality fruit trees that are easy to grow “” even for beginners.

Their products include StarkÂ® EZ StartÂ® Potted Trees, which arrive in bottomless pots with an advanced root system, making planting and growing easier, especially for beginners.

You’ll also find Orchard-in-a-Boxâ„¢, which is a specially selected collection of fruit trees with compatible pollinating trees included, as well as Stark Picks “” easy-to-grow fruit tree varieties that are hand-picked by Stark professionals, and perfect for the first-time fruit grower.

The legacy and history of the Stark Bro’s nursery is long and impressive. As one of the oldest companies in America’s history, growing one of their fruit trees is not just a great way to enjoy home-grown fruit “” it’s a way to preserve a piece of history.

The above article was sponsored by Stark Bros. The information contained in this article may contain ads or advertorial opinions.
Tell us what you think: Leave a comment
Printer Friendly Version
Read more about Garden Trends
<PreviousNext>
Did you find this helpful? Share it with your friends!
FacebookTweetPinEmail