How To Achieve A Healthy Soil With Super Greensand® 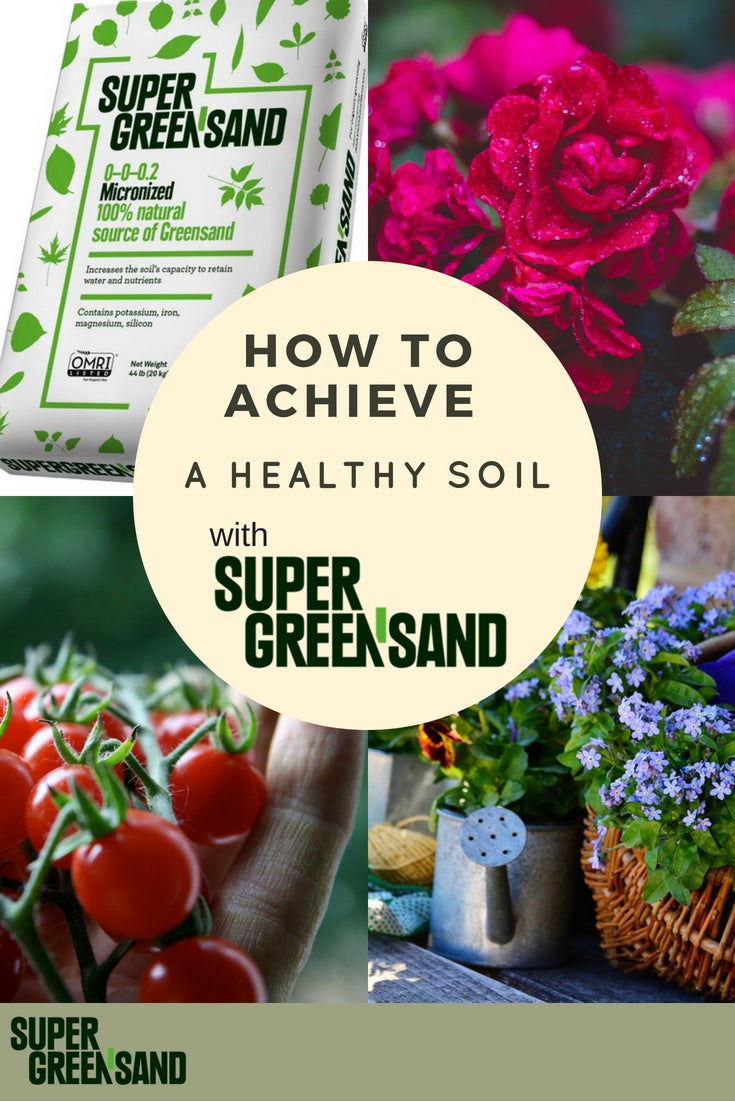 A healthy soil is fundamental when it comes to gardening. Plants simply won’t grow if there aren’t specific elements and minerals in the soil, and gardeners may struggle to keep their plants healthy for long. Every gardener knows the importance of macronutrients (the famous NPK fertilizers), and other nutrients such as Calcium, Magnesium, etc. But the micronutrients (Trace Minerals) are equally important.

For decades, the wrong use of fertilizers has been removing minerals and nutrients from the soil, making our crops not as healthy as it used to be. It has been estimated that our food contains only 20% of the nutrition found in our grandparents’ meals. Being composed mostly of sulphates or nitrates, the fertilizers used are highly leachable, and they often attach to a trace mineral, removing it from the ground.

But why are trace minerals so important?

Often viewed as insignificant tag-ons to major minerals due to their small quantity, trace minerals are used as catalysts to trigger multiple reactions. Zinc, for example, has many roles, including drought protection and the formation of a growth hormone called Auxin. It is very important because it governs leaf size, which plays a huge role in the photosynthesis. Silica has a major role in disease protection, strengthening the cell wall to discourage pathogens and insects. Boron works very well with Calcium. Other trace minerals include Chlorine, Manganese, Iron, Copper, Molybdenum, Nickel and Cobalt.

But a healthy soil must always come first in mind. It won’t matter if there are plenty of macro and micro nutrients if your crops won’t be able to absorb it due to poor soil condition. Sandy or clay soils are usually a problems to gardeners, due to it’s high/low water absorption, making it hard for the plants to receive nutrients.

The ideal fertilizer to solve this situation  might be  Greensand. Also called Glauconite, it is composed primarily of potassium, magnesium, calcium and many other minerals. Improves the structure of the soil, increasing its ability to hold water and retain nutrients for plants to access. In sandy soils, greensand slows the rate at which water drains, so plants get more moisture and more nutrients. In clay soils, its sand-like texture loosens the soils and allows water to drain more efficiently. 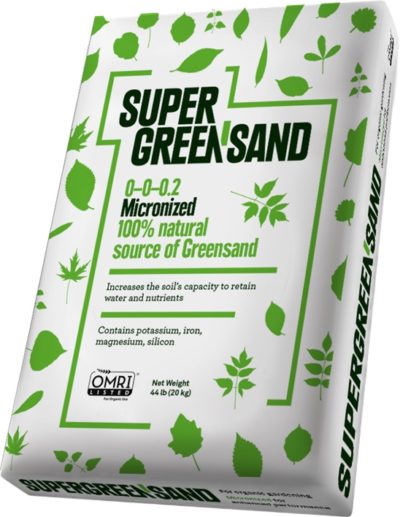 Knowing the importance of Greensand, fortunately Verde AgriTech had introduced us Super Greensand®. With a total of 68 minerals and trace elements, Super Greensand® is the best fertilizer for your soil.

Super Greensand® contains 68 minerals and trace elements that will feed your soil and nourish your plants with all the benefits of traditional greensand. The product has  10% total potash concentration and 0.2% already available for your plants’ intake and it is approved for organic cultivation by the Organic Materials Review Institute (OMRI) and the California Department of Food and Agriculture (CDFA). Super Greensand is 100% natural, safe and easy to apply. It is micronized, being a very fine powder that enhances its performance by faster interaction with the soil and the plant’s root system, also allowing for liquid application.

Now available online at Amazon.com. Order now and start feeding your soil and plants with one of the oldest soil amendment in the world.

The above article was sponsored by Super Greensand. The information contained in this article may contain ads or advertorial opinions.
Tell us what you think: Leave a comment
1 person is already talking about this.
Printer Friendly Version
Read more about Garden Trends
<PreviousNext>
Did you find this helpful? Share it with your friends!
FacebookTweetPinEmail