Types of Sprouts and the Benefits They Offer 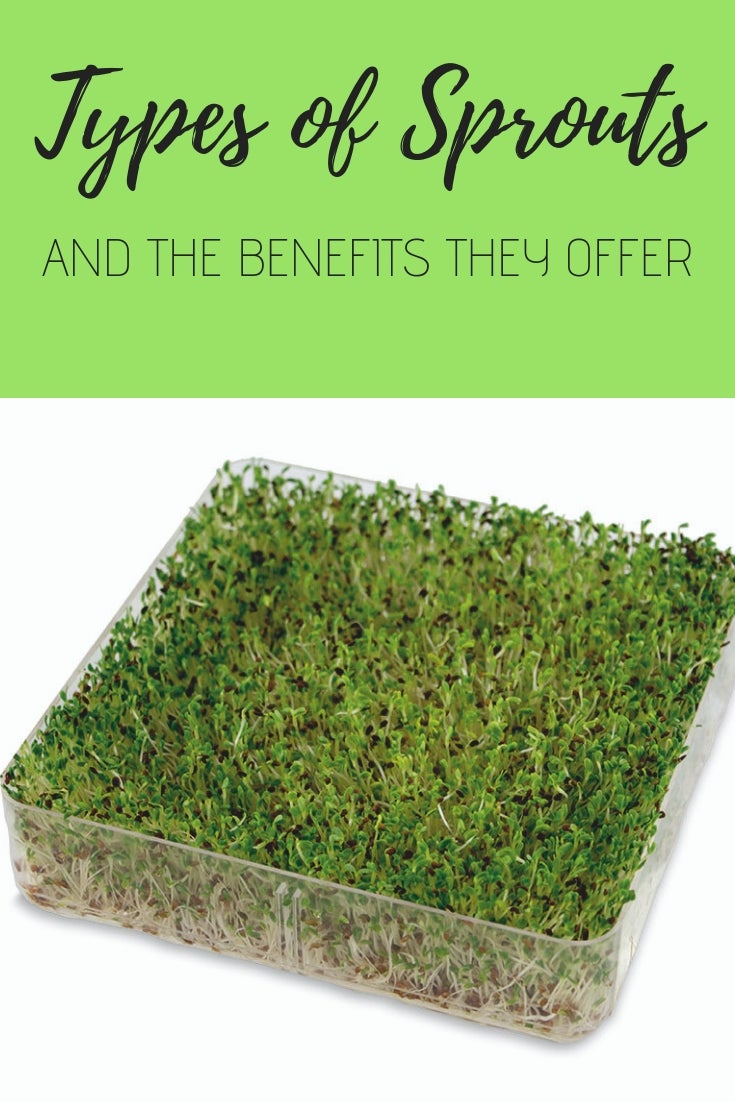 There has been a huge resurgence in edible sprouts in the last few years due to new studies which have found that many sprouts are more than just “hippy” food. In fact, some of these, such as broccoli sprouts, have been shown to have higher concentrations of compounds that may reduce the risk of cancer. Most other edible sprouts are excellent sources of antioxidants, essential amino acids and other vitamins and minerals. There are different types of sprouts to choose from, each having its own set of benefits. Best of all, they can be easily “sprouted” right at home from seeds readily available through many reputable suppliers like Botanical Interests.

Below are just some of the various types of sprouts along with their benefits:

Alfalfa – Most people are probably familiar with alfalfa sprouts, grown from the seeds of a legume, Medicago sativa. They are excellent on sandwiches and in salads and are rich in vitamins A and C, iron, calcium, protein and dietary fiber.

Mung bean – While more Americans are probably familiar with alfalfa sprouts, the world’s favorite sprout is the mung bean sprout. Another product of a legume, Vigna
radiata var. radiata, unsprouted mung beans are commonly used in Asian and Indian cuisine. Just like alfalfa sprouts, mung bean sprouts are high in vitamins A and C, dietary fiber, protein, iron and calcium.

Broccoli – Broccoli sprouts are being touted as the most healthful of all the sprouts and has been championed as a “superfood.” They are an excellent source of vitamins A, B, C, E, and K along with calcium, iron and protein. They are prized for their high concentrations of antioxidants over all. They are rarely found at the grocers and are more commonly grown at home.

Radish – My favorite sprout is the radish sprout, of which there are several varieties: Daikon, China Rose, and Sango. With a mild peppery punch, radish sprouts, like other sprouts, are used fresh. Also high in vitamins A and C, iron, calcium and protein, radish sprouts are rarely found at the supermarket and are more likely to be found at health food stores, farmer’s markets or grown in people’s homes.

Red clover – Red clover sprouts look and taste much like alfalfa sprouts with similar nutritional aspects. They are grown from the seed of the legume Trifolium pratense. With a mild flavor and crunch, these sprouts are popular in many home sprouting kits. They are simple to grow and have the advantage over alfalfa sprouts of shedding their seed hull more easily.

Of course, this is only a smidgeon of sprouts you can grow. There are also various salad lettuces available and other healthful veggies like kohlrabi, lentils, fenugreek, garbanzo, adzuki beans and so many more.

Despite the serious nutritional benefits, sprouts have a troubled past and have been linked to food borne illness. To ensure your safety, you should always disinfect the outside of the seeds as well as your sprouting container. With proper sprouting, however, the benefits provided by these nutritious power houses cannot be beat.

The above article was sponsored by Botanical Interests. The information contained in this article may contain ads or advertorial opinions.
Tell us what you think: Leave a comment
Printer Friendly Version
Read more about Garden Trends
<PreviousNext>
Did you find this helpful? Share it with your friends!
FacebookTweetPinEmail